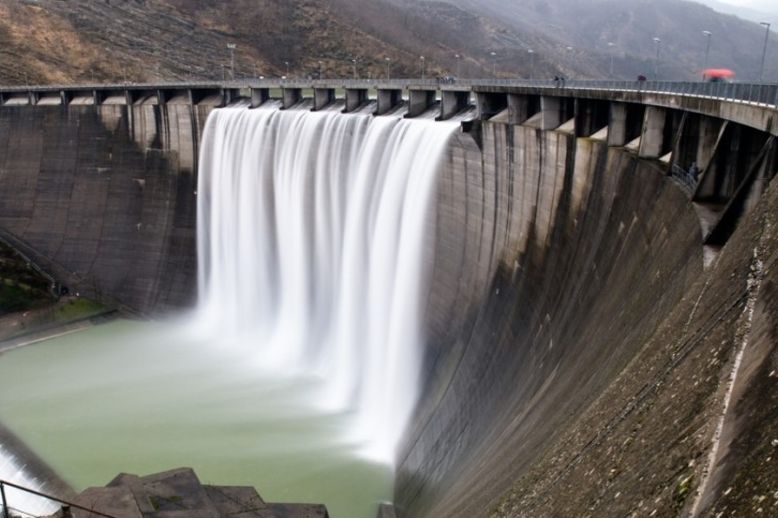 Hydroelectric and nuclear power the answer to the country’s future power needs.

Why Renewable Energy is Not The Answer To Climate Change

Hydroelectric and nuclear power would be miles better than renewable energy and will cost significantly less in the long run.

As California seeing its biggest exodus from the state in recent years, politicians asking why? Five years ago, California mandated that businesses achieve 50 percent renewable energy in 2030 and thousands of businesses are leaving.

Although renewable energy mandates are not the only issue, high tax rates, and increased regulations on businesses, renewable energy plays a major part. In September of this year, California had a record heat wave that drove temperatures all the way up to 121 degrees Fahrenheit at Woodland Hills. People started to crank their air conditioners, and electricity use was at an all time high. In most states this would not be a problem becuase of both coal fossil fuels and nuclear energy, but California committed to go completely renewable. The power grid in Southern California faltered and put millions of people out of power. They then had to put millions of people in rolling blackouts. These blackouts killed at least 100 people, but it could be up to 300 people according to Hoover Institute. The primary cause of this is the unreliability and cost of renewable energy.

Renewable energy is a very terrible and expensive way to produce energy. Renewable energy is not clean at all. Although while in use, renewable doesn’t emit anything, they do emit during development. Ed Ireland, PhD at Texas Christian University, said,“The reality is that wind and solar are dependent on fossil fuels. They cannot exist without oil and natural gas. Wind turbines and solar panels cannot be made solely from other wind turbines and solar panels. Fossil fuels are required to manufacture wind and solar equipment, transport and construct them, and provide backup electricity when the wind isn’t blowing and the sun isn’t shining.”

Also, to install wind and solar stations, it requires mass deforestation and would decrease the amount of CO2 that is absorbed by our forests. This would actually increase the CO2 levels because we have fewer forests to absorb energy, and we emit the same amount of gases to the atmosphere to create these solar panels and wind turbines. The batteries that are used to store energy from renewable sources are also super bad for the environment. When batteries are disposed of, they spill toxic chemicals into the air, water, and food supplies. Even reusable batteries are terrible because they require thousands of barrels of oil use to mine lithium and other materials. We need to mine for these materials, and that releases more fossil fuels than any other sector of energy production.

Renewable energy is also extremely expensive compared to fossil fuels. In California, energy prices rose 43 percent from when they did not use renewable energy. These prices are still rising as they still increase the use of renewable energy. The popular bill “The Green New Deal” is projected to cost 70 trillion dollars. This money would be used to go 100 percent renewable, rebuild every structure to eliminate CO2 emissions, get rid of airplanes and develop high speed railroads, and much more. California has been moving in this direction and is hurting its poor people. These prices are a contributing factor to the highest homeless rate since the 2008 recession at 151,278 people. Most people cannot afford these super high energy prices, plus the high taxes that are used to subsidize energy. California has the highest income tax with the lowest being 7.25% and can be as high as 12.3. A huge part of these taxes go to pay for the major costs of renewable energy.

The real answer to climate change is nuclear power. Nuclear power is way cleaner than fossil fuels because these plants can last and sustain for thousands of years. Nuclear energy is super abundant and safe. A single can of soda’s worth of uranium can power the entire life of an American family. Nuclear is very reliable and cheap. The article, “Renewable Energy Mandates Are Making Poor People Poorer,” states, “If renewable energy is completely adopted by the U.S, energy prices will rise to about $50-60 per megawatt…If we adopt nuclear power fully, it will cost only $1-3 per megawatt.” This is exponentially cheaper compared to renewable. New nuclear power plants are projected to last for hundreds of years while solar panels need to be changed from every 5-10 years.

Instead of Wind and Solar, we need more reliable and cleaner sources of energy like hydroelectric or nuclear power.”

The French are notorious for their small emissions and their low energy prices. The reason for this is not renewable energy; its nuclear power. France is 70 percent nuclear among its energy sector. This high amount of nuclear gives lots of room for renewable to work. France’s high renewable program is because of the use of its nuclear power. Germany decided to go in a different direction. They decided to close their nuclear plants after the meltdown of Fukushima in Japan. This cost Germany 12 billion dollars just to transition back to coal. After they phased out nuclear power, they released an additional 36 billion tons of CO2 per year after the ban. Burning more fossil fuels has killed a projected 1,100 people from sulfur dioxide. The renewable program also stalled as they could not find any other reliable energy except for coal and natural gas.

Joe Biden has pledged to end the oil industry during the second and final debate. According to the Michigan Petroleum Company this policy could kill over 130,000 jobs in Michigan alone. The oil industry provides from 8-12 billion dollars to Michigan’s economy. It also mentions that the California rolling blackouts would have to be applied state by state if he does transition away from oil. Senator Kevin Crammer said, “Michigan’s a cold weather state that relies 75 percent on natural gas for home heating. Well, take those rolling blackouts and apply them to a low zero week in Michigan.” These rolling blackouts could cause the death of thousands with the freezing weather that could kill thousands because of the lack of power and heating systems. More people already freeze to death rather than heat related deaths. We will help prevent more heatwaves, but it will dramatically increase both heat and cold related deaths. This is because people will not have any way to cool themselves or warm without electricity.

If implemented, renewable mandates could destroy thousands of jobs, kill thousands of people, and it will not even fix the problem. Renewable energy relies on coal and natural gas to be developed, and the deforestation required will actually increase emissions. Millions of people will lose their jobs because of the closing of these oil refineries and plants, and it will lead to thousands of deaths because of the lack of electricity to combat the heatwaves and freezing winters. Instead of Wind and Solar, we need more reliable and cleaner sources of energy like hydroelectric or nuclear power. This would be miles better than renewable and will cost significantly less in the long run. We should deal with climate change, however our solutions need to have an overall benefit to society and need to cause real change to our destabilizing climate.