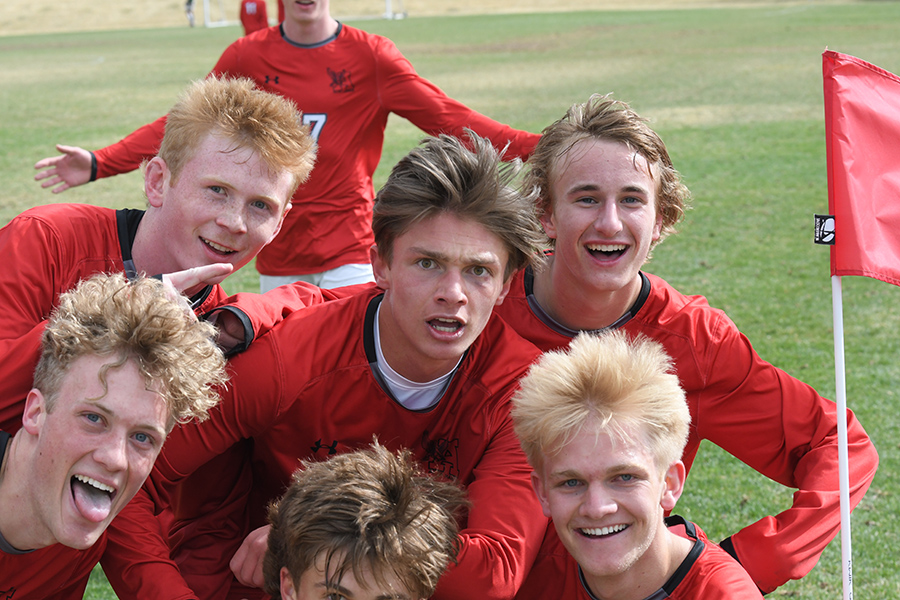 "We are happy to playing and are off to a good start this season." - Coach Kenzie Hyer

Alta High School boys’ soccer is off to a 5-2 start. Varsity started off region play one week after they were put together as a team. It was a rapid transition from tryouts to the beginning of the season. It was a bit of a rocky start with two losses to begin the season, but the team has continued to persevere and grow.

“We lost two games at the beginning, but we just use them as learning experiences,” Coach Hyer explained, “The boys are really coming together”.

Since the beginning, Alta has gained momentum and even went on to beat rival, Corner Canyon.

Another challenge for the team has been playing in a new region. Due to the global pandemic, the boys’ soccer team has not been able to play since Alta’s region switch last year. Playing new teams brings on new obstacles, but it is also an exciting opportunity.

Coach Hyer went on to say that, “It’s been nerve racking, but exciting to play teams we don’t know anything about”. Playing teams a second time can be more challenging because each team knows how the other plays and they have more time to develop a plan.

Covid-19 is still affecting the rules and regulations of the soccer team here at Alta High School. The players are testing to stay, masks are required on the sideline, and symptom checks are in place. Coach Hyer explained that this season has gone more smoothly than the girls’ season in the fall because there are fewer unknowns going in.

The school has stopped quarantining and the players are regularly tested to make sure no one on the team has tested positive. This ensures the safety of players while allowing the season to go on as normally as possible.

“Sometimes you don’t know what you have until it’s gone”, Coach Hyer explained,  “This year when we got to play at home, it had been a whole entire year.”

No one has been more affected by the Coronvirus pandemic than spring sports. Last year they were completely shut down. Coming back this year has proved to be exciting for the athletes. Alta boys soccer is on the rise and is in position to finish the season strong.