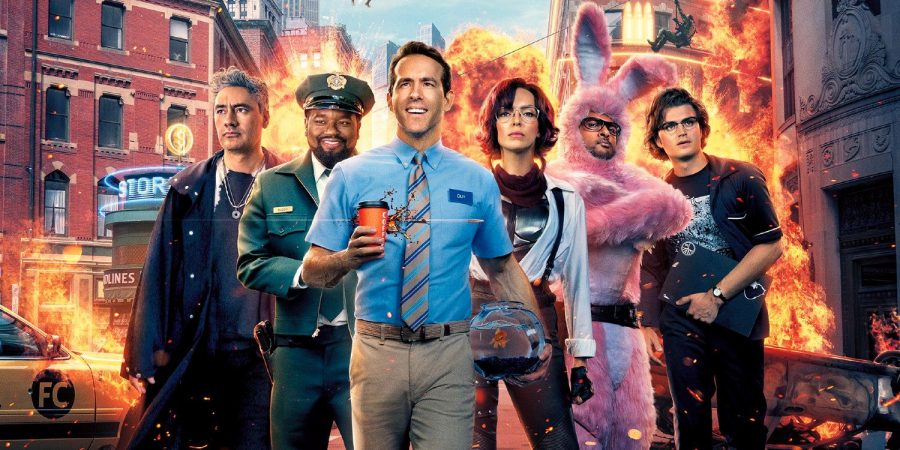 Ryan Reynolds stars in the “best video game movie ever.”

Free guy is a funny action packed movie, where the main character is a NPC (non player character) named Guy. In the movie, the creators of the game made the NPC have the capability to learn and do stuff for themselves. Guy learns that he is in a video game and decides that he wants to be a superhero.  The stars of the movie are Ryan Reynolds, Jodie Comer, Joe Keery, Taika Waititi.

The movie free guy is an interesting funny movie about a NPC saving the video game Free City.

According to a review from Rotten Tomatoes by Katie Smith Wong, “Free Guy is the surprise of this summer… [it is] hilarious and downright entertaining, it proves to audiences that you don’t have to be super to be a hero.”

My opinion on the movie Free Guy is that it is an interesting and funny movie. It has lots of comical parts while still making room for some emotional scenes as well. Overall the movie is a worth a look, and I highly recommend it, especially to people who understand NPC video games.