The new policy regarding the removal of a book from library shelves expands to include input from all school stakeholders. 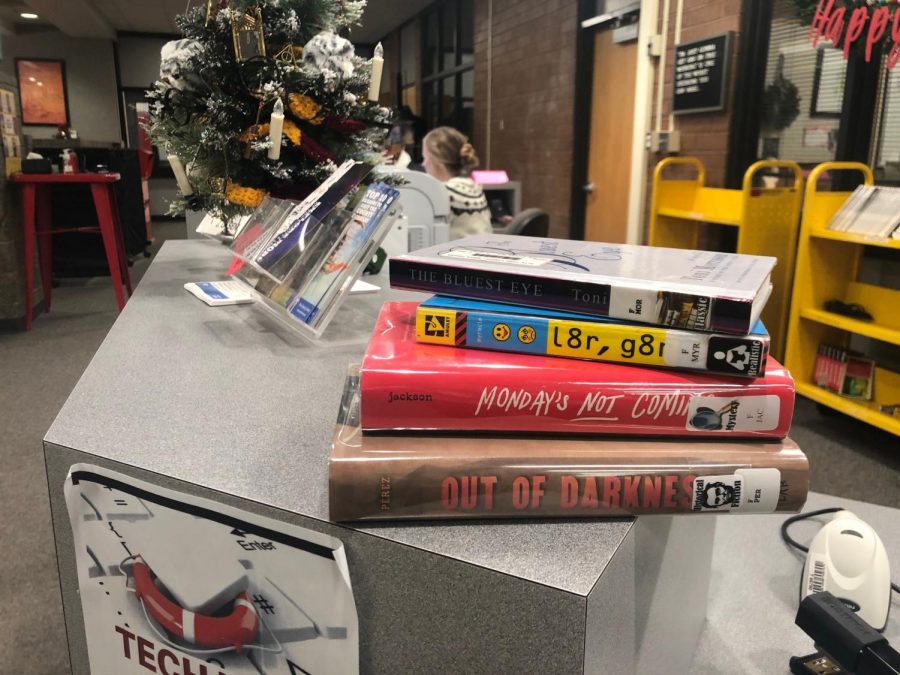 Several book titles were pulled from the school library shelves following a parent complaint. The Canyons School District is in the process of revising the policies to address these issues.

The various voices of students, teachers, and parents have been heard by the Canyons District School Board on the topic of the recent removal of several book titles with questionable themes and explicit content. At present the Board of Education is deliberating and clarifying district policies to enforce the removal of books from district school libraries.

Prior to the School Board Meeting under the direction of Superintendent Rick Robins, 10 titles were pulled from the shelves of Corner Canyon, Jordan, Brighton and Alta High School libraries pending review. Specifically eight books from Alta’s library were pulled. Most of the books had themes of LGBTQ+ topics, however, many of them had some sexually explicit scenes.

The previous policy approved by the school board in 2020 had a specific detail that stated that the titles being challenged were to “remain in use during the challenge process” at least until a committee can properly read, discuss and decide if they are appropriate books for he high school library.

Canyons School District however, violated this detail, taking the books down before a decision had officially been made on whether the books should be removed from the library or not.

Many district librarians, students and staff were concerned that Canyons School District Administrators were able to simply override that detail and make an exception. Making such exceptions can be dangerous for all because it allows for the possibility of making other exceptions on books with various values, beliefs and subjects.

For example books with historical content, scientific books, and even spiritual topics, like the Bible can come under scrutiny and be removed at the whim of one group or another if district policy isn’t followed according to school librarian Jenny Olsen.

However, recently Superintendent Robins announced that a new policy is being drafted. “The current policy was problematic in a few ways and incomplete in how we address the content and age appropriateness,” Robin said.

Robins also emphasized that no book has been banned in Canyons School District. “There’s been no action to ban any titles,” he said.

The new policy is similar to the old one but now when a book comes under scrutiny for content, the policy includes a review by librarians and if needed the review can be extended to include parents, teachers, and administrators. The book also stays on the shelf during the review process, according to Olsen.

“The new policy is fair to all involved,” Olsen said. “I like that it includes input from numerous voices that allows for broader perspectives.”

Olsen also said the purpose of a school library is to provide books for everyone and if a book contains questionable content, librarians are on the front lines to decide if the book should remain on the shelves. After that, it can be read by others and a collaborative decision will be made with the goal of shelving books that are representative of all the students in the school.

Ninth Grade English Teacher Katie Wilkinson said one of the things she loves most about Alta’s school library and the librarian is that attention is given to students from all backgrounds.

“Students can find themselves, or representations of themselves in our school… in our library,” Wilkinson said. “This helps create a school culture of acceptance and inclusion. Everyone is welcome. Everyone is accepted. Everyone is important.”

Having the opportunity to find things that students can relate to can be crucial in developing themselves in a balanced healthy way, and create opportunity for other students to be understanding and respectful despite cultural, political, and lifestyle differences.

On the flip side, many are concerned with the content and differences in values that parents want their children to learn. District Patron Connie Slaughter urged the board to be selective with content in district libraries. “I want our kids to get an education, not indoctrination,” she said.

Parents and even students have been increasingly worried with the constant pressures of political values being pushed in schools when most parents believe that school is an environment for teaching an education, not an opinion.

Removing and banning books is not a new issue. Since the publications of books off the first presses, ideas and content have come under scrutiny. When Mark Twain’s novel Huckleberry Finn was published in 1885, some libraries objected to the book because Huck “swore” and “itched” and “scratched.” Fast forward a century, and Huck Finn is now banned because of Twain’s use of the “n” word throughout the book.

Alta English teacher Kjersti Barlow said that banning books sets up a slippery slope. “If one group or person wants to censor a book for some reason, it opens the door for another group to do the same thing,” Barlow said. “Before long, too many people have the right to control what is and isn’t on the shelves in school libraries. School policies are a gatekeeper on that.”