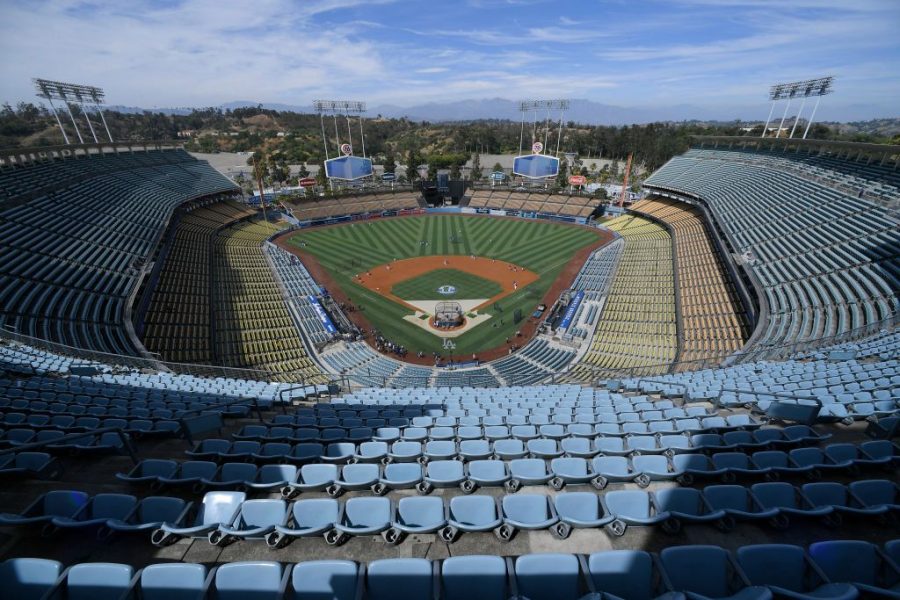 LOS ANGELES, CA - AUGUST 03: View from the top of the park before the Los Angeles Dodgers play the San Diego Padres at Dodger Stadium on August 3, 2019 in Los Angeles, California. (Photo by John McCoy/Getty Images)

The coronavirus pandemic is affecting more than anyone could have imagined. With the outbreak, athletes’ sports seasons have been postponed or cancelled.

On March 12, the MLB cancelled spring training games and postponed their season opener. The MLB is currently working on a way to begin play in a safe way. “We have
discussed the idea of staging games at one location as one potential option, we have not settled on that option or developed a detailed plan.” The league has not sought or received any
approval from federal, state, and local officials.

Not only have the MLB postponed games, all major sporting events have been paused across the world. All leagues are monitoring the situation carefully and making decisions for the
best of all players and fans.

“This is an unprecedented time” says Derek Jeter CEO of the Marlin “and this is certainly an unprecedented decision that was made in the best interest of players, fans and
communities across the country.”

One huge sporting event in question is the 2020 Olympics held in Tokyo, Japan. As of right now, they plan to proceed with the games and flame lighting ceremony. The IOC
immediately released a statement saying, “full commitment to the success of the Olympic Games Tokyo 2020, taking place from July 24 to Aug. 9, 2020.”

The IOC is doing everything they can to keep the games going. Given the fact that if the games don’t proceed it would result in “ tens of billions of dollars and severe financial devastation for sports governing bodies that require Olympic income to survive.”

Keeping players and fans safe is the top priority for leagues across the world.