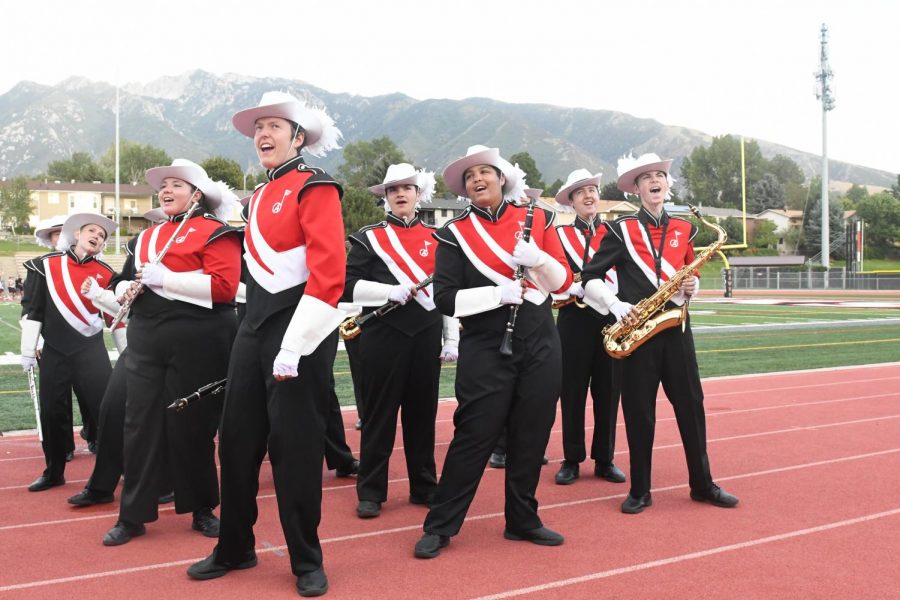 While this school year’s extracurricular activities may be over due to coronavirus concerns, the preparations for next year’s will be beginning soon. With any luck, the rehearsals for the ‘20/21 marching band season will be beginning in July.

The theme of the show will be “The Sun Will Rise” and the show be comprised of music from Elton John and The Beatles.

Marching band director, Caleb Shabestari, says they are expecting around 75 kids to be a part of this year’s group. These students will be making a big commitment because on average they will spend around 300 hours total on marching band.

But there’s a lot to like about being in Marching Band. A common theme throughout the students and the staff is that the band is a family. “The Band kids are such a great family. They take care of one another. They are so passionate about what they do on and off the field. They inspire me to be a better teacher,” Shabestari said.

Autumn Arnold agreed, saying “I am looking forward to having a fresh start musically and personally and spending my senior year with my band family.”

It’s not just the familial atmosphere that draws students though. “The show plan for this year is very unique and unlike the rest of the years I’ve been involved”, Arnold continued. “The theme of the sun will rise will be cool especially after our coming out of the world situation we are in now.”

“Shabs picked the theme,” Ben Williams said. “I feel the theme has to do with rising out of our current situation and that the sun will rise and things will get better.”

Marching Band is a great way for students to not only have fun with friends but also to find escape through music. Last year’s band had huge success on the state level, so members hope to do well this year.

“We’ve got a great theme idea and now we just need to get to work,” Shabs said. “It will definitely be another memorable year.”