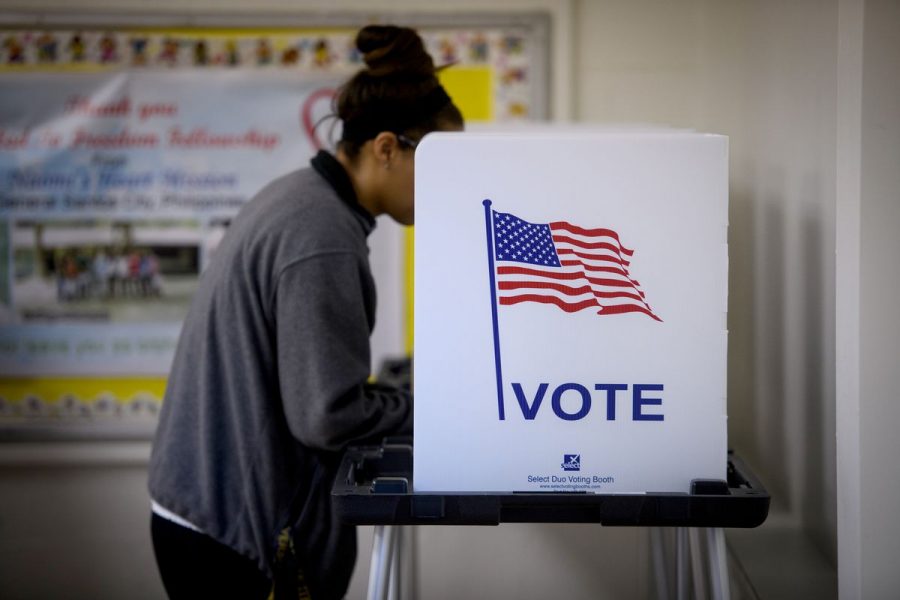 Young voters can and do make a difference. With the upcoming election, students should study the issues and participate in the Democratic process.

Voting: Change the World One Election at a Time

Voting is, quite possibly, the most important milestone an American citizen, old or young, experiences. But how many new voters will Utah be gaining from Alta High School this year and how prepared will they be?

Our predecessors tend to agree that there is a delicate line we walk between passion and apathy, and it is up to us, as new voters and new adults, to surpass their expectations.

Most everyone agrees that there has been a monumental push trying to get young people to vote, but there are very different reasons why. Samantha (Sam) Webb, the new philosophy and psychology teacher, claims it is enforced “mainly with the campaigns being run by Senator Sanders and Mayor Bloomberg.” Whereas World History teacher, Mr. Packer, sees it as a repercussion of the Florida school shootings and gun law debates. Mr. Ochoa, US History and Government, and Miss Sydnie Scheopf, Debate and English, both believe it is a result of previous and present candidates encouraging young people to find their voice.

The overall consensus is, young people have a voice, and they are beginning to realize how big of a voice it is, but being encouraged to vote and voting, are two separate things.

According to Webb, “There’s been a recent trend in voter apathy and many are opting not to vote because they don’t think it matters.” Other interviewed students and Ochoa stand with her on this, claiming,” I think if they don’t get their candidate, they’ll go home.”

On the other end, there could be a huge turnout, claims Packer, and he believes that with this “newfound voice” the new generation of voters will want to use it.

Apart from this, which way will the new voters swing? Will they be conservative or liberal, and follow the status quo, or will they join the growing party of “independent”?

Well, the first place to look is their parents, and whether or not voters stand with or against them.

Most replied that they are either completely for their parent’s political affiliation or completely against, and this election will “hopefully shake things up,” says Scheopf.

All said and done, voting is what you make it, and all four teachers agreed that their first time voting was a very positive experience, no matter how bad they think their choices were.

Ochoa grew up in a split party family, half and half, but was constantly taught the importance of voting. He believes voting is a great opportunity, claiming, “every voice has to be heard.”

Scheopf had a very exciting and positive voting experience and believes that voting is an integral part of life, though she was also happy she got her first “I Voted” sticker.

Webb’s first voting experience was nauseatingly exciting. As a college student, she was extremely happy after voting, stating,” I didn’t know what to do, but I was so excited I called my parents.”

Lastly, Packer loved his first time voting too, although he regrets his candidate decision. He would never take back his decision to vote… even if it was for a peanut farmer.

Whether or not you are liberal or conservative, young or old, your voice must be heard. There is so much that young people can do and will do for this country, and it’s up to us to make our future what we want it to be.

“Those that turn out will be very passionate,” Webb says,” new, young voters are our new decision-makers…I’m excited to see the drive those people have.”

There is a reason why young people have been encouraged to vote so much, because we are the ones who will change the world, and it’s our turn to have a sa

Those that turn out [to vote] will be very passionate, new, young voters … I’m excited to see the drive those people have.”

y. We’re not alone though, and we have the support and wisdom being passed down from every generation before us..

Here are a few words of wisdom from those very generations:

“Take the time to learn about where each candidate stands,” says Scheopf.

“Be educated in what you’re voting for” Packer advises.

“Never vote a straight ballot,” Ochoa warns,” judge based on your best interest.”

And lastly, with the most advice, Webb urges you to, “Go out and vote! There will be two years of hearing about candidates, and we get tired but we can’t get tired during the last stretch.”

“I don’t care what side you’re on, but whatever you are, be on it, and be passionate about it,” she ends, and, I guarantee you, every other teacher will stand by that advice.