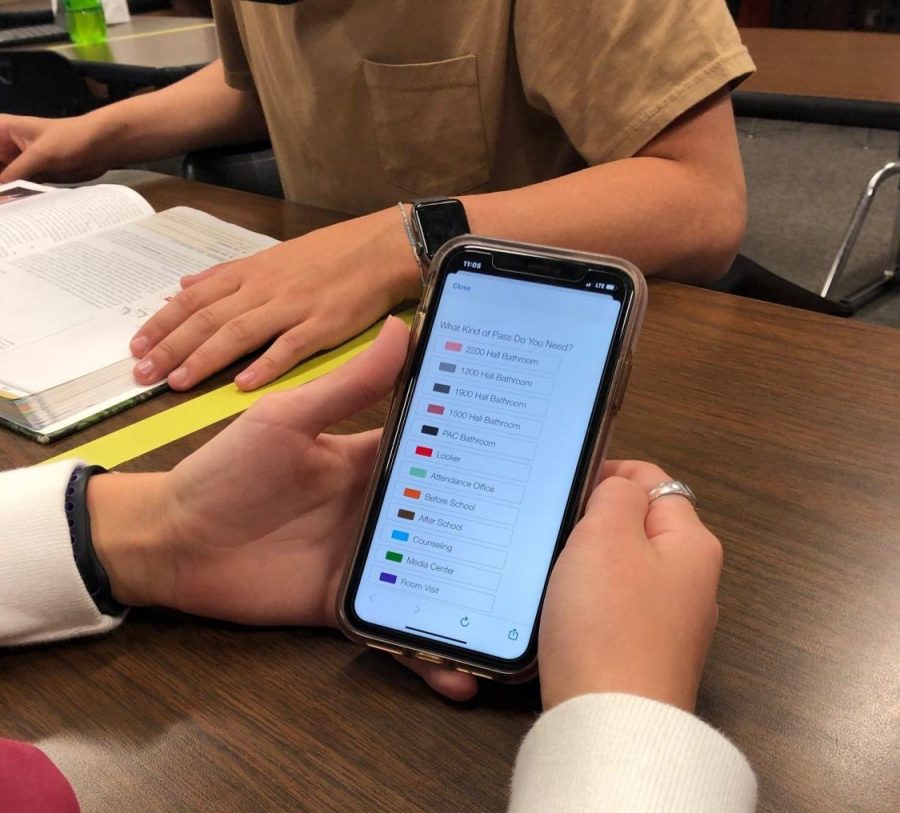 Covid-19 ushers in the age of the touchless hall pass.

Starting last week, Alta began using a system of online hall passes. From their phones or chromebooks students can request to leave the classroom and show their teacher.

The purpose of the online hall passes is two fold. “First,” according to Assistant Principal, Mrs. Kelli Miller, “physical hall passes get touched a lot and it would require too much sanitation to keep using those. Second, this way if someone tests positive for COVID we have a record of where they have gone and how long they were there.”

Students downloaded the hall pass app in advisory classes. Using the app, they can check themselves out of class and then check themselves back in once the come back. Teachers can also do the same thing. The administration believes that this will be effective in both slowing and tracking the spread of COVID within the school. But not everyone is as enthusiastic.

The hall monitors have been impacted the most from this change because they can see how long someone is out on a pass. After 10 minutes, they try to track them down, only to find them already back in class. Students and / or teachers sometimes forget to sign them back in.

Mrs. Heather Heffner said she thinks the new system is fine, but she feels bad when she forgets to sign people back into class.

However, any new system has a period of adjustment, learning, and overall growing pains.

Hall Monitor Stephanie Christensen has a similar view on the hall passes, “It’s nice that we can always know where students should be,” she said. “but there has been a problem with kids not checking back in so we need to touch base with them or their teachers a lot. It has been more work but, it is nice to get to know the kids better.”

For now, students need to be patient and everyone needs to work with the touchless hall pass system to keep the school as safe as possible according to Mrs. Miller.