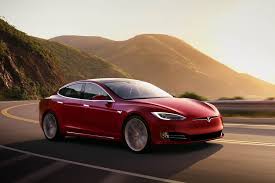 California Governor Gavin Newsom recently signed a bill that will eliminate the sale of gasoline-powered cars in California by the year 2035. That bill alone puts a huge amount of pressure on automobile manufacturers to step up their game to produce more electric vehicles.

Students Dawson Lewis and Jacob Turnbow recently weighed in on the idea of having more electric vehicles on the road. They test drove a Tesla Model X and loved it. Turnbow thinks electric cars will become even more popular as more and more charging stations become available. “That alone will allow drivers to go farther from home,” he said.

Rachel Robinson, an English teacher here at Alta, said, “In order for electric cars to “catch on”, there should be a penalty for people who don’t adapt. Incentives such as tax credits on electric cars would also help, as well as the proliferation of charging stations.”

She continued to say, “I like having a clean conscience about not using fossil fuels; however, that is somewhat of a misconception because the electricity that charges the car is coal based. My husband Mike likes the speed of his Tesla, 0-60 in 3.2 seconds, not needing to stop  and fill up, the falcon-wing doors, triple the trunk space, the giant windshield, and the massive touchscreen dashboard. He likes it all! It can even pull our boat!”

Turnbow already drives a hybrid so the idea of owning an all-electric car is “exciting”. He would love to get an electric car and found the Tesla super fun to drive. He especially liked the on-dash mapping feature that captured his speed and everything around him.

Newsom’s signature on the California bill is mainly a response to fight global warming and acts as an “economic imperative” for his state. No doubt, other states will jump on the electric vehicle bandwagon which will increase the demand for even more electric cars.

Newsom said that gasoline-powered cars ruin our air quality, cause asthma in children and adults, and increase problems caused by global warming.

So how will the transition from gas-powered to electric cars affect the car industry? At present, there aren’t many electric cars on the market, except for Tesla and a few other companies that make small electric cars alongside a large array of gasoline-powered cars. Those car manufacturers who are already in the game will have a leg up as the demand for electric cars increases. This means that Tesla will probably do very well in the future.

Of course, by 2035 there are sure to be many different electric car companies and manufacturers creating automobiles in response to the demand for electric cars.

The next technology to watch is the self-driving car. Tesla is now releasing a “full self-driving beta” test sometime next week to some customers. This means that not every car will need someone at the wheel in 2035, which raises all sorts of questions for this technology. Who is liable if your self-driving car gets in an accident? Is it the person who bought the car? Or is tesla liable for programming it? Time will tell as the self-driving car isn’t “fully autonomous” yet because it’s still in testing.

Besides that, the point is that Tesla is the number one electric car company and will probably thrive in response to California’s mission to transition to sustainable energy and electric cars.

California plans to stop selling gas-powered vehicles by 2035. Not that it’s illegal to own and drive one, but they won’t be selling any after 2035. This means that in 2035 you can new car purchases will all be electric cars in California. It will take years before we see all-electric vehicles on the road. California’s electric car bill is just the beginning of a new trend to save air quality.