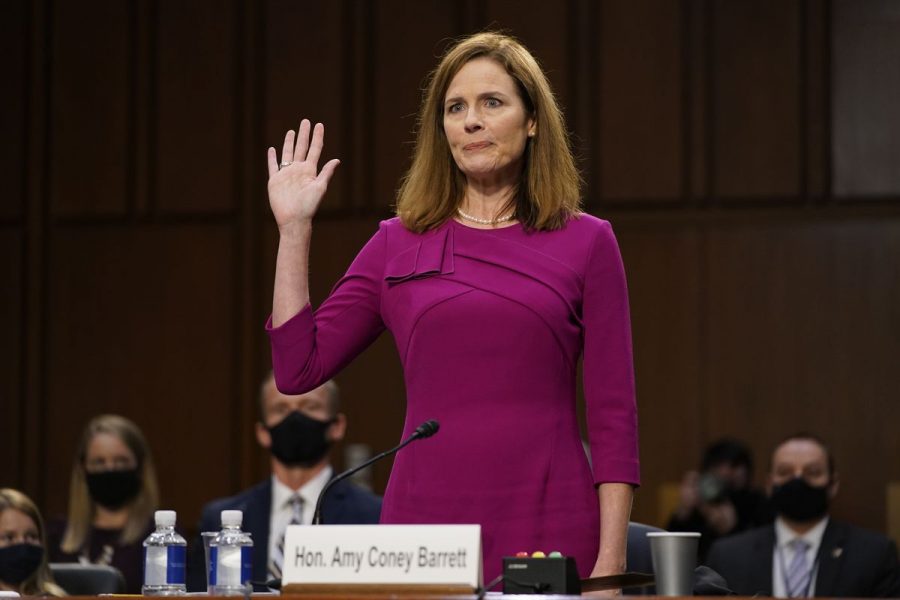 Judge Amy Coney Barrett is sworn in during hearings to replace Ruth Bader Ginsberg who pass away at the end of September.

With the recent passing of Justice Ruth Bader Ginsberg the republian majority in the senate has been hastening the appointment of Judge Amy Coney Barrett to the Supreme court.

This has led to claims of hypocrisy over the treatment of Merrick Garland by republicans who was nominated to the supreme court by President Barack Obama. The Senate refused to hold a hearing or vote on confirming that appointment under the Justification that it was too close to the election and that the public should have a voice in the confirmation by voting.

Despite the vitriol, the members of the Utah delegation to the senate, Mitt Romney and Mike Lee have met with Amy Barrett.

Sen Romney said in an article with Deseret News that had a productive conversion with Barrett about potential issues that may come up on the court. He says that he looks forward to hearing the debate on the senate floor and coming to a decision.

The conflict over her religion goes all the way back to her confirmation to the appeals court in 2017 when Diane Finestien questioned whether Barret would remain neutral and claimed, “When you read your speeches, the conclusion one draws is that the dogma lives loudly within you, and that’s of concern when you come to big issues that large numbers of people have fought for for years in this country,”

Despite the conflict surrounding her, Barrett has remained largely non political during the hearings, often refusing to state which way she would rule on any particular case. She has said that, “[C]ourts are not designed to solve every problem or right every wrong in our public life. The policy decisions and value judgments of government must be made by the political branches elected by and accountable to the people. The public should not expect courts to do so, and courts should not try,”