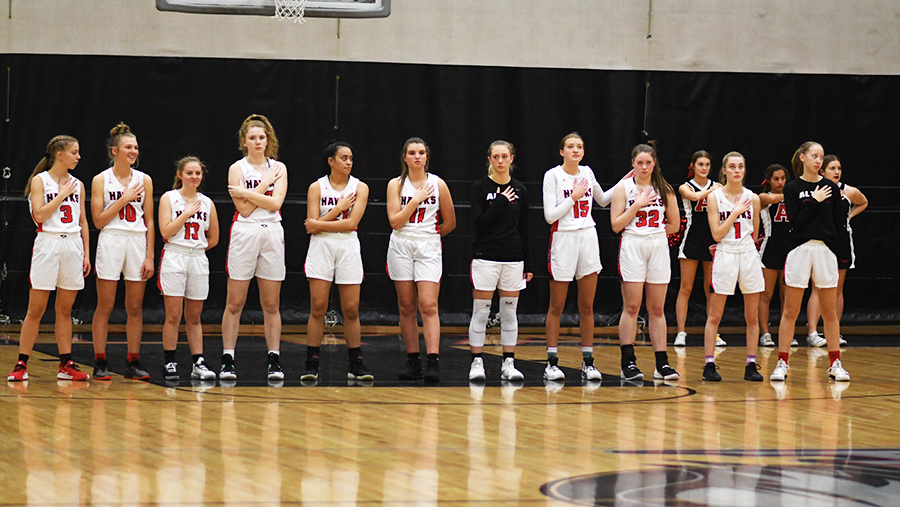 Last year’s Girl’s Basketball Team pauses before a game for the National Anthem. This year’s team is ready to hit the court running and have a successful season.