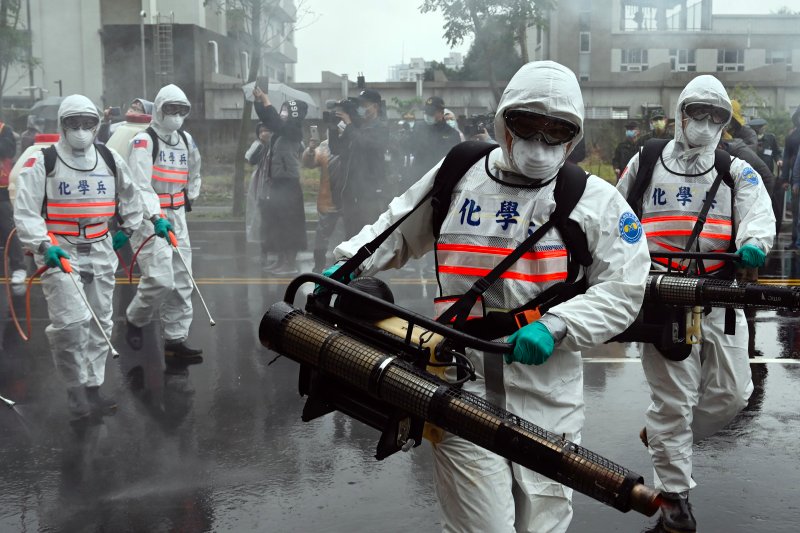 Soldiers in Taiwan take part in a covid response drill in March to help curb the spread of the disease in their country.

Countries fight the coronavirus and win

As the beginning scare of Covid – 19 have passed, countries can now look back at their mistakes and hopefully fix them in the event something similar happens again. Some countries however, took admirable actions and were able to escape from the virus with minimal repercussions.

Taiwan is a country that borders China, the original epicenter of Covid but had an amazing and inspiring reaction to Covid – 19. Since the Sars outbreak that happened in Asia around 17 years ago Taiwan has been preparing for the event of another outbreak and their preparation paid off. As a country with a population of 23.78 million residents only 433 cases of covid were reported and only 7 deaths occurred within their population.

As the pandemic was just coming to light Taiwan took immediate precautionary actions in closing borders, banning exports of surgical masks, and asserting aggressive and heavily regulated measures while keeping businesses open, daily public briefings from medical professionals helped inform the country of the dangers and need to be safe in the beginnings, and people who were believed to have covid were tracked to ensure the abided by the restrictions of their self quarantine. After the pandemic was controlled in the country they began opening back up and helping other countries struggling with the pandemic with their unneeded resources.

New Zealand was more fortunate at the beginning of the pandemic as they are more isolated and remote than other countries but that does not make their reaction any less effective or praiseworthy. Only three weeks after the first recorded case of the virus the entire country was shut down and one week later all nonessential businesses were shut down and a level 4 lockdown was issued restricting people from leaving their homes and socializing with others for two weeks. Through this only 1504 cases were reported with a total of 22 deaths out of their 4.88 million residents and they managed to successfully uproot covid in the country for now at least. However this caused slight economic turbulation and in response reduced the salary of government officials and constructed a new plan that involves the use of the country’s savings to prevent unemployment.

South Korea is another country in close proximity to China only being divided by its northern counterpart. Through strict mandates and restrictions as well as the cooperation of its citizens less than 0.02% of the population was declared to have covid with 11,902 cases and 276 deaths out of its 51.68 million citizens. Unlike most other countries with major global economies, however, South Korea was able to maintain its economic stability and was a major contributor to exporting goods at a crucial time in the pandemic.

Lastly on this list the asian country of Singapore. Through aggressive contact tracing and widespread testing in the country the country swiftly found and detained all inflicted with covid and built housing and hospitals to keep them until they are deemed safe and to keep casualties low. These actions helped stop covids spread significantly until another outbreak occurred in the housing district of immigrants. The living conditions in such places were horrible for the prevention of covid and many people living there are not there legally and have no records making them hard to track and regulate. Through much effort and the assistance of stimulus