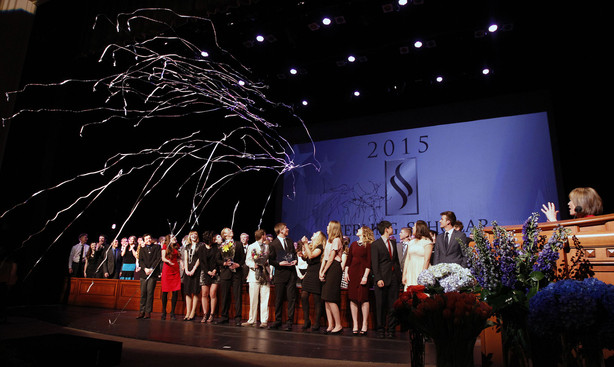 The Sterling Scholars awards concluded the first of December with 50 people competing for the coveted 14 spots in various categories.

Wesley Hardy, this year’s English Sterling Scholar, was one of nine students who applied for that category. He said having a good interview is key and that he has practiced interviewing as a member of the school’s Academic Decathlon team. “I was grateful to be selected,” Hardy said. “I did have some tips from my sister that helped.”