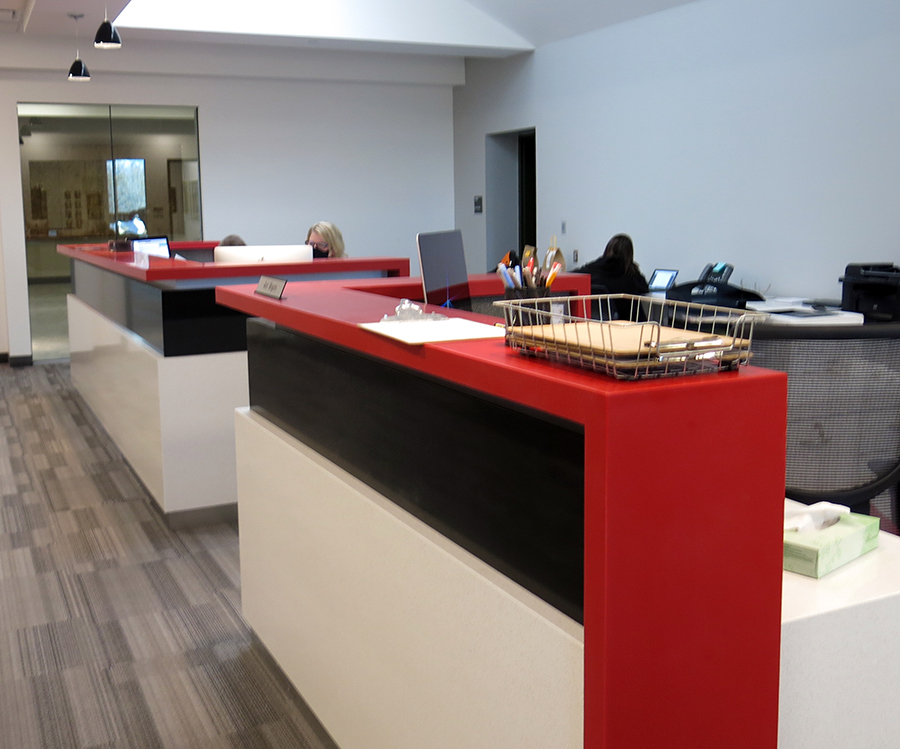 It’s moving week for the main offfice, attendance office, and the counseling center.

“Let there be Light” is certainly the phrase of the week for the Alta Administration, Attendance, and Counseling Center employees as they relocated into their new offices on the west side of the school.

As part of the school’s remodel, their offices have been turned over to the school by Hughes Construction, the main contractor over the school rebuild.

Everyone involved knows the work of moving from one office to another takes time and effort and lots of clearing and cleaninghave come with the move.

Administrator Kelsey Kemp said it’s a time to clear out old files and cupboards and basically get rid of things you don’t need anymore. “I like the new space and the windows,” he said. “It’s definitely much brighter.”

“The natural light is the best part. Not only is the design beautiful, but sunshine is a necessity for humans. The new offices feel much more professional and hopefully students will feel as if they are appreciated and valued.”

The new space is done in school colors, and looks really nice. Office Secretary Brandy Burnett loves the new space because it’s light and you can see out and even know the weather. “I really love the windows,” she said. “The skylights also bring in more light. We haven’t ever had that, so it’s nice.”

The new furniture is entirely built-in and radiates Alta pride with the black, gray, white, and red color scheme. It’s a bright and happy place.

All of the office workers agree the natural light is the best part. Natural light is good, but many counselors have described it as being in a fishbowl surrounded by windows.

When it comes to space issues, some people have mixed feelings. Attendance Secretary Jeri Rogers noticed the new space is “smaller but nicer.” She noticed there’s not as much storage space now. It will take a little while to get used to where everything is.”

Counselor Cierra Bell loves her new office. She noticed the light, but she’s more excited to have walls and a door. After a couple of years in their temporary offices that didn’t have doors, she’s excited for the privacy. “We can now have solid conversations with students without concern of disturbing someone in the next office,” she said.