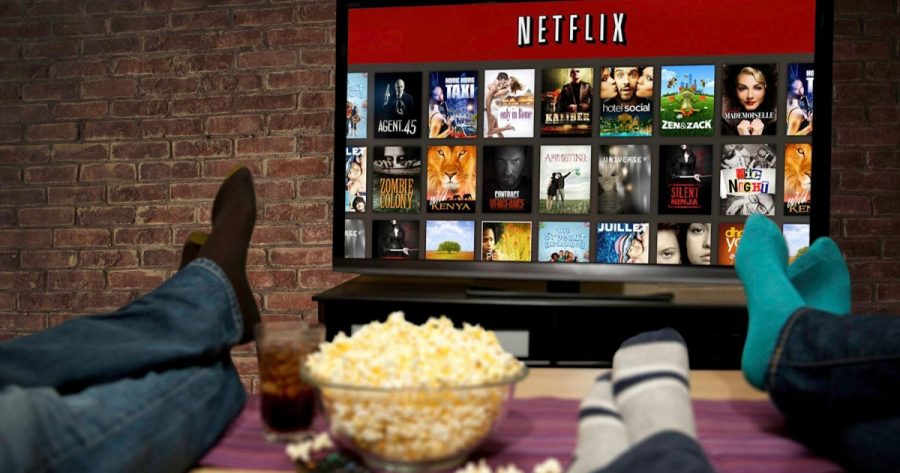 With quarantine making everyone bored out of their minds with nowhere to go, many have turned to streaming services to keep them entertained. Those include Netflix, Hulu, Amazon Prime Video, YouTube TV, and a few newer ones such as Disney Plus and Peacock. The services have stayed on top of it, releasing new shows and movies to keep everyone captivated. From watching all the Star Wars movies, singing along with High School Musical, to bingeing The Office, almost anything you could imagine is available. Inquiring minds want to know, what shows has everyone been watching and which are the most widely watched platforms?

I conducted a small survey of approximately 30 Alta students of varying grades about what shows have recently been watched and enjoyed. Over 70% responded that they have watched way too many shows and movies during quarantine to even count. The majority enjoyed watching/re-watching their favorite series’ such as Stranger Things or Outer Banks and having backyard movie nights of newly released musicals like Hamilton. Other popular titles include, Grey’s Anatomy, Parks and Rec, Avatar the Last Airbender, and movies such as The Kissing Booth Two and Work It, which have all quenched Alta students’ thirst for amusement.

How are they having access to all these different forms of entertainment? The majority answered that they have the most well known streaming services, with 80% accessing Netflix and Hulu. Among the newer ones, 75% responded saying Disney Plus is their go-to streaming service, which is amazing considering it only launched Nov. 12, 2019, much more recent than Netflix or Hulu which have been around for 23 years and 12 years respectively. On the other hand, only 3 people have the other newer service, NBC’s Peacock which was trying to capitalize on people being shut in and launched in July – mid-quarantine. Many haven’t even heard of it though, probably due to the fact that this service doesn’t have many shows that appeal to teenagers, or haven’t marketed on platforms students use, such as YouTube or Instagram ads.

The big question is… Are Alta Hawks really doing schoolwork while home with quarantine, split alphabet schedule, and Fridays off? Or is everyone just happy to be one of the first to watch the new Mulan or catch up on their October spooks in the Upside Down? Only time will tell as term one grades are quickly approaching. One things’ for sure though, these streaming services aren’t going anywhere anytime soon.