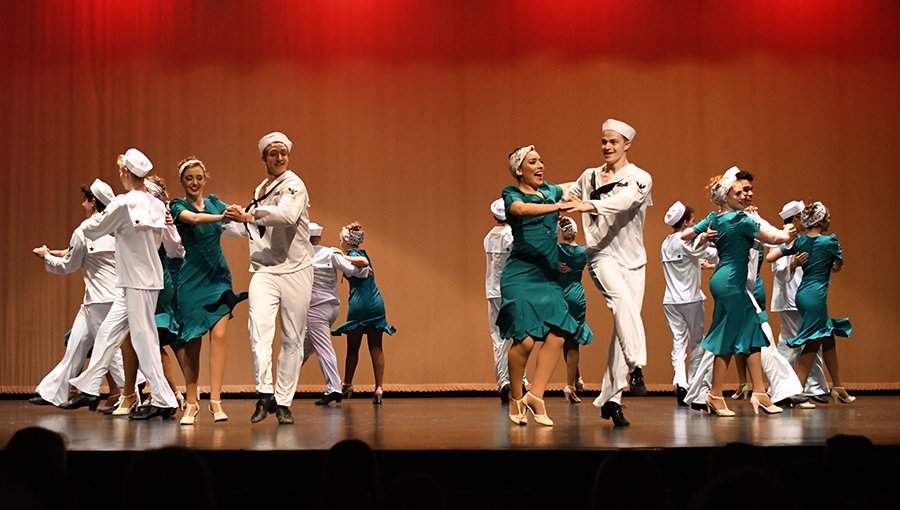 Dancers wow the crowd at the Westlake High School Competition.

Alta’s ballroom team took first place in all their routines this past weekend at the Westlake High School Competition. They performed the Cha Cha, Lindy Swing, Foxtrot and Pasodoble dances.

This competition was the first of few opportunities they are given to dance as a team this year instead of just as couples. Ryan Wilky thought it was “nice to be able to actually perform for an audience.”

“There’s something different about dancing at a competition,” Ballroom Historian Kate Thayne added. “There’s so much adrenaline!”

Vice President Sophie Duncan thinks that their four hour morning practices and hard work made all the difference in this competition.

However, the dancers feel they owe it all to their Coach, Diana Hunt, who does an amazing job at cleaning up their dances and making them look sharp.

Reflecting on the team’s achievement, Kate Thayne said that “after not really having a big year of performances, it was nice to finally accomplish something big.”