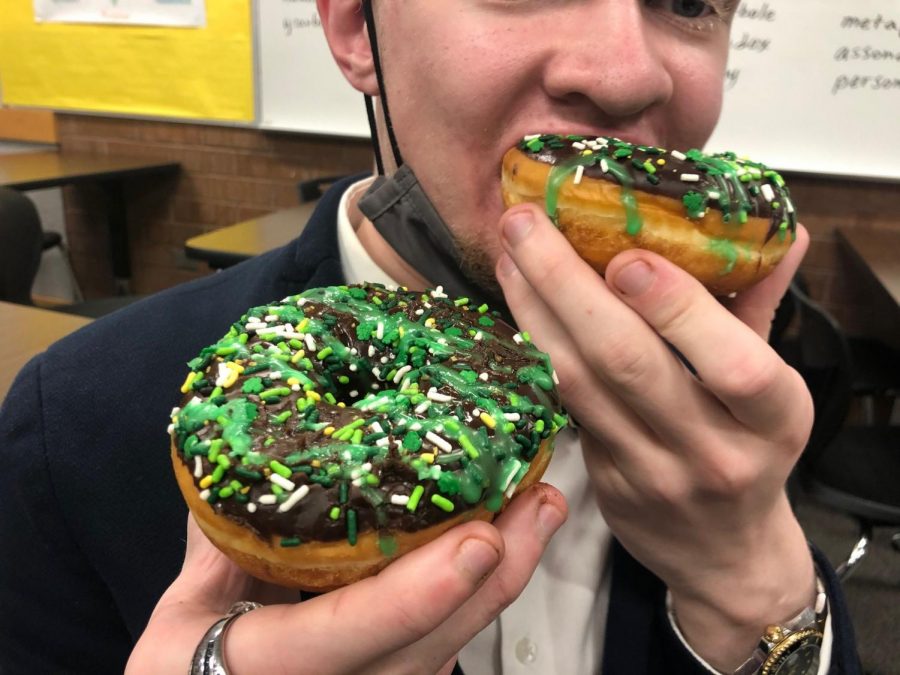 March 17th arrives and people get crazy for green, even Harmons celebrates with their green sprinkled donuts.

St. Patrick’s Day dates back to the Fifth Century

St.Patricks Day is a day celebrating Irish heritage where people drink, wear green, and get pinched but have you ever wondered who is St.Patrick and why do we celebrate St.Patrick’s Day? Why do we try to catch leprechauns and find 4 leaf clovers and chase down the end of rainbows?

St.Patrick’s full real name was Maewyn Succat who later changed his name to Patricus who lived sometime in the 4th century. Contrary to popular belief St.Patrick wasn’t Irish he was Welsh. One day he was captured by pirates and sold into slavery and spent six years as a pig and sheep farmer in Ireland. After getting his freedom he traveled back to England where he was given a divine vision telling him to return to Ireland and spread the word of Christianity to the Irish. They say St. Patric chased all the snakes from Ireland but there have never been any snakes in Ireland to begin with, so this story isn’t literal and is meant to symbolize him replacing Paganism with Christianity as the top religion of Ireland. He later died on March 17, 461 which is where we get St.Patrick’s Day.

Now we celebrate St.Patrick’s Day in The United States, but if it’s a holiday celebrating Irish heritage then why do we celebrate it here? During the great potato famine of the 1840’s hundreds of thousands of Irish immigrants came to the United States. The first official record of a St.Patrick’s Day parade dates back even further. In 1762 a group of Irish soldiers serving with the British stationed in New York marched a few blocks to a tavern in Manhattan to celebrate the holiday. Now it is the largest St.Patrick’s Day parade with nearly three million spectators every year.