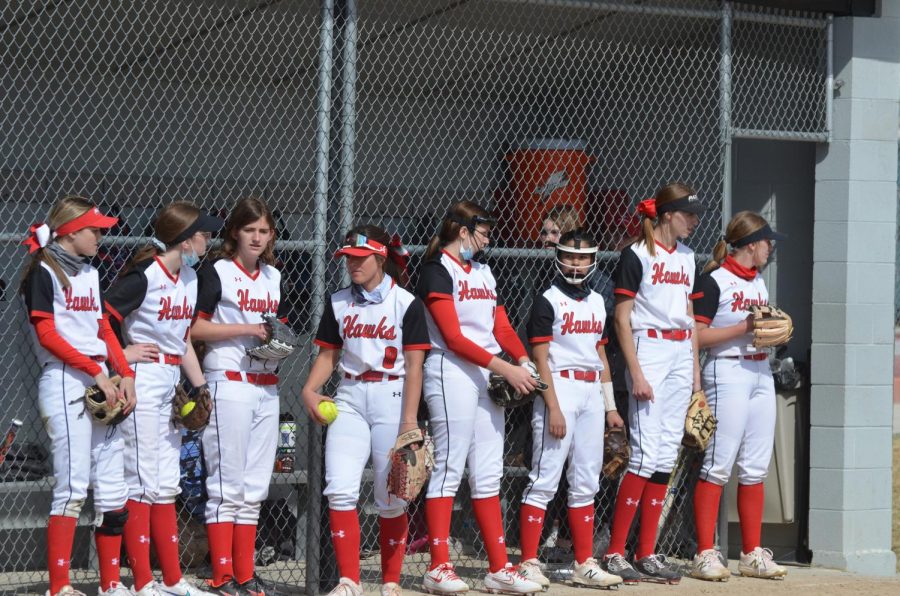 As the softball season presses on, our lady hawks are put to the test. Out of 22 games the softball team has won 10, with six of those being over teams in our region! The small team shows that they have what it takes to bring home the gold. The team is sitting third overall in the region, just behind Lehi and Mountain Ridge. They currently hold a two win streak!

However the greatest challenge according to catcher Arianna Christiansen, is that they are not communicating as well as they could on the team. “We need to help each other become better, Christensen said. “We need to carry consistent energy into our games.”

The team members are close as individuals.  Arianna believes that they can “always make each other feel better after a mistake is made,” but they could do better to prevent errors from happening in the first place.

To coach Campbell, many of the girls are great leaders and great players already, and they are helping the freshmen make great progress.  However she recognizes that the team could do more to capitalize on their routine plays, as well as stepping up and going the extra mile. The team is constantly improving and with the state tournament right around the corner, May 14-21, the team has very high hopes and great expectations for themselves.