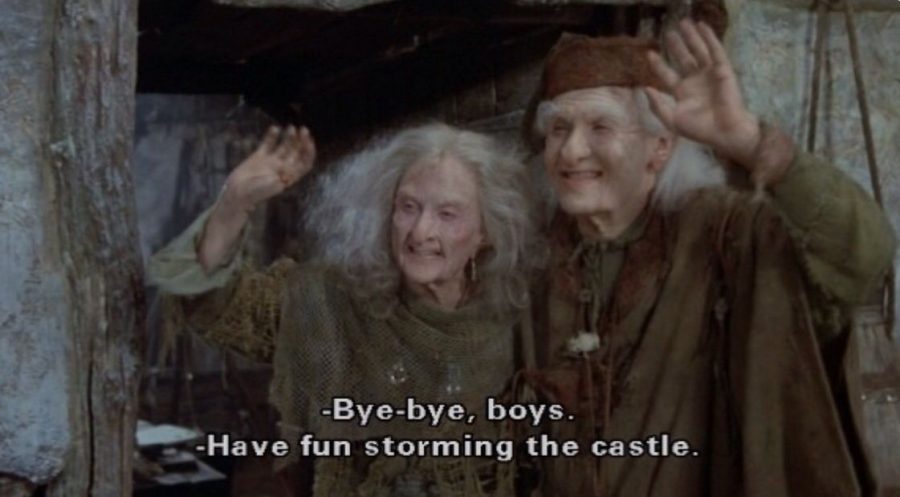 Taking AP tests is a daunting task because the tests are super difficult and take time, patience, and just a bit of knowledge. It may feel like you are “storming the castle.” Eat, sleep, breathe, and forge ahead.

Being a senior and having suffered through 6 AP tests and 4 attempts at the ACT previously, I feel that I have some qualifications on this topic and with AP tests starting next week I thought I would share some of what I’ve learned.

Most AP students are facing the never-ending flow of practice tests right now. The lucky ones have been doing them the entire year but for some the tests are overwhelming. As barbarous as they feel the practice tests are incredibly helpful. They will remind you of what you’ve learned throughout the year and familiarize you with how the questions are written; half the battle is figuring out what the crap the question even is.
If you are struggling with the practice questions and panicking, don’t worry the more of them that you do the better you will get at them. Also, any panic you feel will prepare you for the stress of the test. One of the reasons I took the ACT so many times was to get over the terror of taking the test.

You put in all that work at the beginning of the year. You studied, practiced, and passed the unit tests, you are now facing the finish line and can’t remember the beginning of the year. Fortunately, you probably have notes or tests from the start of the year cramped in the dark recesses of your locker, backpack, or binder. Pull these out and read them as your life depends on it.
For the juniors or seniors taking AP Lit or AP Lang, go do the Sparknotes for the books you read throughout the year and take the quizzes that are there. This will solidify your memory of major plot points, themes, and messages. It’s been an entire school year since you read the first book with online school, half and half school, and winter break between now and then, unless you have a photographic memory you probably don’t remember the book as well as you would like.

You put in all that work at the beginning of the year. You studied, practiced, and passed the unit tests, you are now facing the finish line…”

For all of its faults, College Board has published a series of videos on Youtube to help students prepare for the tests. The videos are made by AP graders, teachers, and the people who make the tests; they know what will get you points on the test and what graders like to see.

The most important thing you can do to do better on a test is to get sleep beforehand. Obviously, the night before but just as important is the week leading up to it. Try to get 8 to 10 hours every night the week before. The morning of waking up 2 hours before your test and eating a high protein breakfast. You want to give yourself time to wake up and be alert before the test and you need sustained energy so that you don’t get hungry in the middle of the test. Light exercise right before the test like a jog will also help you stay awake and focus during the test

The AP tests do not penalize guessing. That being said you only have a 20-25% chance of getting them right if you randomly guess; therefore you should narrow down the answers until you have only 2 or 3. The essay, free response, and short answer questions are not weighted; the harder questions do not give you more points so leave yourself enough time to do all of them and worst-case scenario spend most of your time on the ones that you can do.

Good luck with your tests. Once you’re done with them the hardest part of the year is over. To quote the Princess Bride, “Have fun storming the castle.”