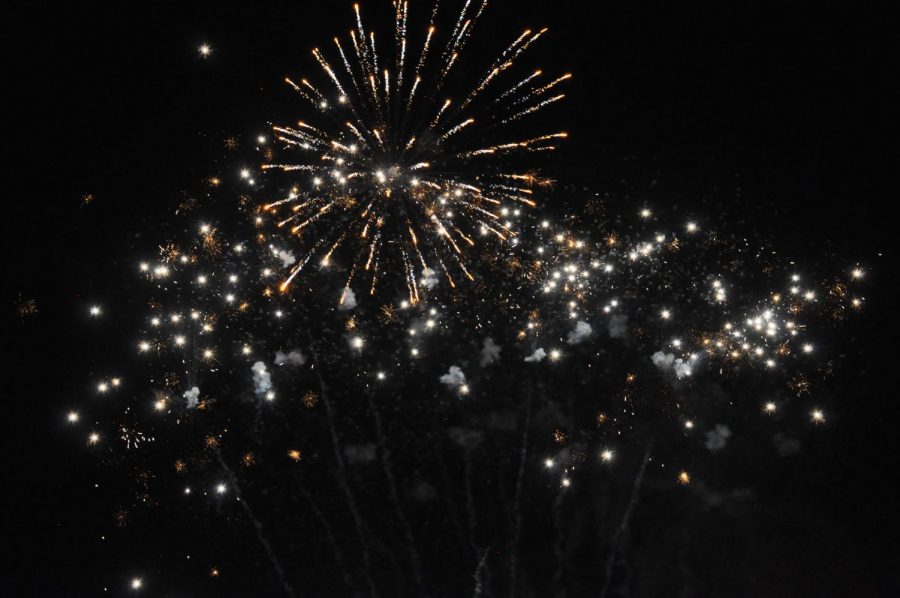 Fireworks for next year’s class officers are in order. New officers will begin planning next year’s activities and assemblies. This photos was taken at a Homecoming Pep Rally in 2019.

A few busy weeks of compaigning and voting have come to an end with the announcement of next year’s class officers.

The following students will now get busy to plan and organize activities and more for the upcoming 2021-22 school year.

Bode Bjerregaard is the newly elected President, Landon Pack is the Vice-President, and Jacy Elison is Secretary. Alaina Ogden is the new Historian, Christian Larsen will serve as the Public Relations officer, and Carter Goodfellow is the class Senator.

Jake Motzkus was elected President with Zachary Scheffner as Vice-President. Brady Van Roosendall is Secretary, J.J. Sullivan is Historian, Ian Smith is over Public Relations, and Joshua Anderson and Joshua Wagstaff are both class Senators.

Logan (Michael) Christensen was elected president with James Tillotson as vice-president. Mallory Goodfellow is secretary, Lauren Gassman is Historian, and Ryan Wilkey will serve as the Public Relations Officer.

Additionally, the following students will serve as Senior Class Senators: Hayden Hudson is the Head Senator, Chloe Chytraus is the Student Relations Senator, Abby Hansen is the Staff Senator, Hannah Cardall is the Student Recognition Senator, and Jacob Roberson is the KTS / Announcement Senator.