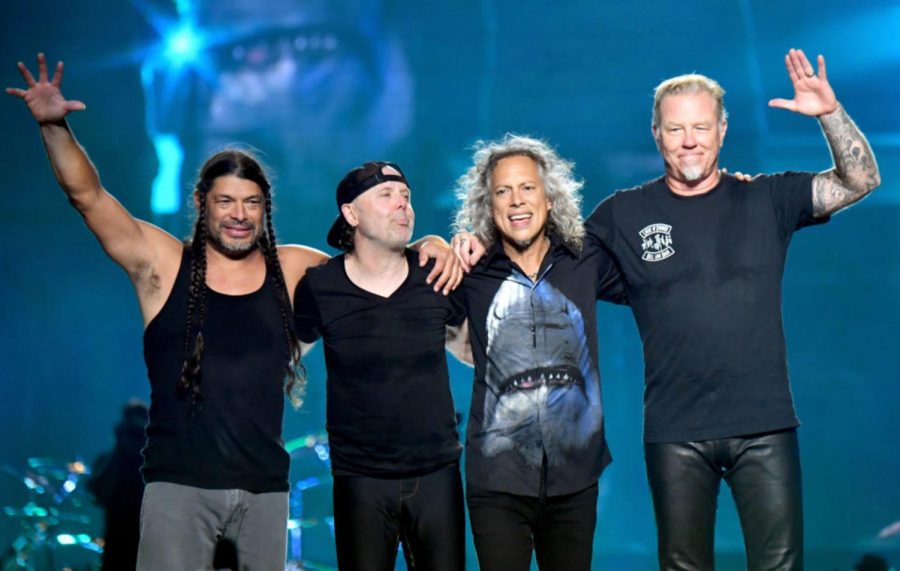 Metallica is an American heavy metal band formed in 1981 by James Heitfeild, Lars Ulich, Dave Mustine and Robert Trujilo. In 1983, lead guitarist Dave Mustine left the band, replaced by Kirk Hammet. Nevertheless, some say that Metallica changed and improved metal music in general. Their most popular songs include Enter Sandman, Master of Puppets, and Nothing Else Matters (which was even included in the 2021 Jungle Cruise movie). Metallica has been on the top charts since their debut album, and the third best selling music act since 1991. Metallica has put out ten studio albums, and have written 151 songs throughout their career.

Metallica is a band whose music has been passed down through generations and affected a lot of people. Alta student Preslee Green states, “My dad played Metallica in the car when I was little, it inspired me to become an electric guitarist.”

2021 marks the 30th anniversary of the self-titled album “The Black Album”, but known to others as the album “Metallica”. This album was number 1 on Billboard’s top 200 most popular. The album marked a change in the band’s music from the thrash metal style of their previous four albums to a slower, heavier, and more refined sound.

“The Metallica Blacklist”, a tribute for the band’s 1991 “Black Album”, includes 53 songs with musical artists of every genre. The best part about it is the 100% of the proceeds will be going to charities.

Songs and Artist on Metallica Blacklist:

Wherever I May Roam Artists: The Neptunes, and Jon Pardi

Don’t Tread on Me  Artists: Portugal the Man,and Volbeat

This album came out June 22, 2021 from the Label: Blackened Records. It’s on Spotify and Apple Music. As well as available for purchase at select stores and Amazon.