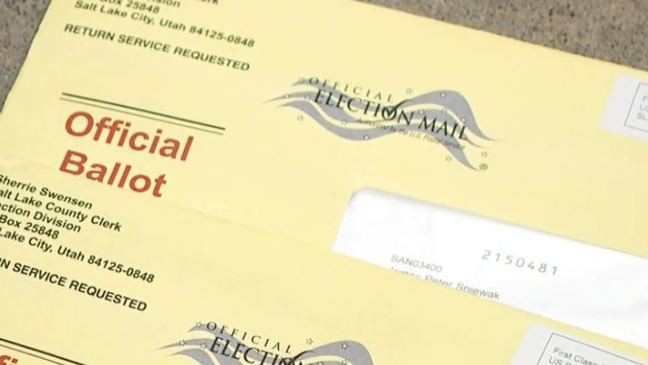 Mail in Ballots are out and voters will be using the “Rank choice” voting method to select this year’s Sandy Mayor.

One of the intentions of the rank choice system is to reduce the nasty mudslinging of politics, and so far it has.

Over two dozen local municipalities will be trying out a new system of voting, rank choice voting for their upcoming elections.

In the south part of Salt Lake County, Sandy, Draper, Cottonwood Heights, Midvale, and Bluffdale will have elections for mayorships and city council seats.

Sandy has eight candidates for mayor, along with  three city council seats open this year.

Sandy also has two at large council seats and council district one up for election, along with Mayorship.

For this election,  the new ranked choice voting method replaces the traditional election model that consists of a primary election followed by a general election with the top two candidates from the primary facing off. This year that was not the case, instead you rank the candidate in order of preference.

This idea of ranking is to help alleviate the usual choice between the lesser of two evils or if you like both candidates you can now rank them instead.

The way it works is a series of rounds, all candidates have to reach a certain threshold on election night; if they do not reach that, they are removed and all of their votes will go to other candidates based on individual voter rankings.

Teacher Denise Ferguson who lives in Cottonwood Heights said she’s never voted in this system before and she’s interested to see this “new” selection process plays out.

Cottonwood Heights has five candidates for mayor on the ballot. “I know a couple have spent a lot of time campaigning, so I can guess who the top two will be,” Ferguson said. “It will be interesting to see how the votes stack up in the overall selection process.”

While rank choice voting may seem a little complicated at first, it has seen mass satisfaction across the spectrum. In 2019, the Utah towns of Payson and Vineyard tried the method out and in both cities voters were extremely happy with the results.

Additionally, one of the intentions of the system is to reduce the nasty mudslinging of politics, and so far it has.