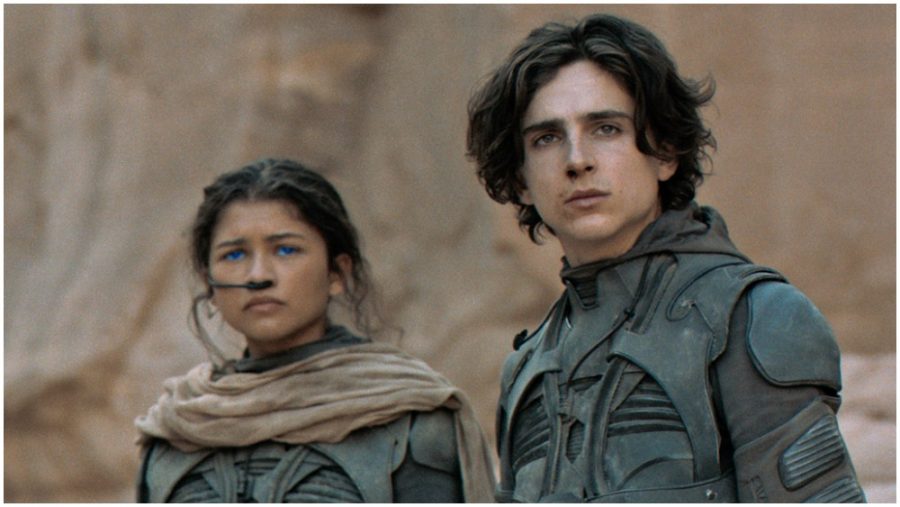 DUNE you need to watch this movie?

Dune: Part One is a 2021 American epic science fiction film directed by Denis Villeneuve with a screenplay by Jon Spaihts, Villeneuve, and Eric Roth. It is the first of a two-part adaptation of the 1965 novel by Frank Herbert, primarily covering the first half of the book. Set in the far future, the movie follows Paul Atreides(Timothée Chalamet) as he and his family, the noble House Atreides, are thrust into a war over the dangerous desert planet Arrakis. Paul, a brilliant young man, belonging to a high-standing family, must travel to this planet to fight in the war between native Fremen people and the enemy invaders, and former rulers of Arrakis, the House Harkonnen. Dune has a total run time of 2 hours and 35 minutes.

“I admire any director who is able to create a self-contained world on such a scale, but this is an epic for the eye, not the heart.”

“A spicy journey to an amazing future.”

“You will be stunned and amazed by the astonishing worlds on the screen, one of the most remarkable examples of cinematic world-building magic ever made.”

“The mixture of high-tech bombardment and hand-to-hand combat harkening back to Lawrence’s battle of Aqaba. It’s that same mix of grandeur and folly, this time on a cosmic scale.”

“Director Denis Villeneuve’s vision is evident in every frame.”