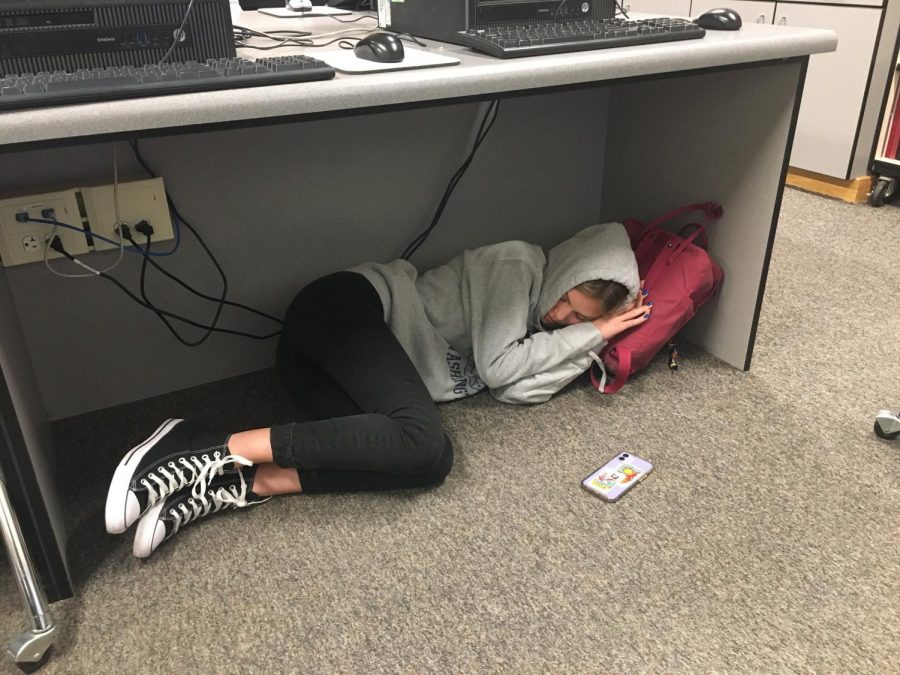 Are You Getting Enough Sleep?

Last Sunday you gained an extra hour of sleep, however many still struggle with getting adequate amounts of sleep.

Macey Miles, a freshman at Alta said that she is getting the same amount of sleep. She says that she typically gets about 6-7 hours a night, and it’s a lot harder to get up in the morning. “I think that not getting enough sleep is bad for you because you can get short term memory from it.” Macey says.

According to kidshealth.org, “Early school start times and packed schedules can take away from the hours needed for sleep. Their internal sleep clock shifts to a later bedtime during the teen years. The body releases the sleep hormone melatonin later at night in teens than in kids and adults. This resets the body’s internal sleep clock so that teens fall asleep later at night and wake up later in the morning. Most teens just aren’t sleepy enough for bed before 11 p.m.”

But oversleeping can do the opposite: according to WebMD, “when it comes to sleep, can you have too much of a good thing? It’s true a good night’s sleep is essential for health. But oversleeping has been linked to a host of medical problems, including diabetes, and heart disease.” So how much sleep should we be getting?

A lack of sleep can lead to these issues when you do it regularly, and almost every night. When you have too much sleep, you can feel tired during the day, and you can feel like you are a walking zombie; with a bad attitude.

When you undersleep, you can feel like it’s hard to stay awake during the day, and fall asleep almost anywhere. And you don’t feel like you are fully involved in your studies, in daily life, etc. According to the CDC, “8–10 hours per 24 hours for teenagers aged 13–18 years. About 7 out of 10 (72.7%) students do not get enough sleep on school nights.” About 2/3 of people in a single classroom don’t get enough sleep each night. It’s most likely that you are not getting enough sleep, get to sleep! You need it for your well being, and you need it to properly reset your brain! Go get some more sleep!