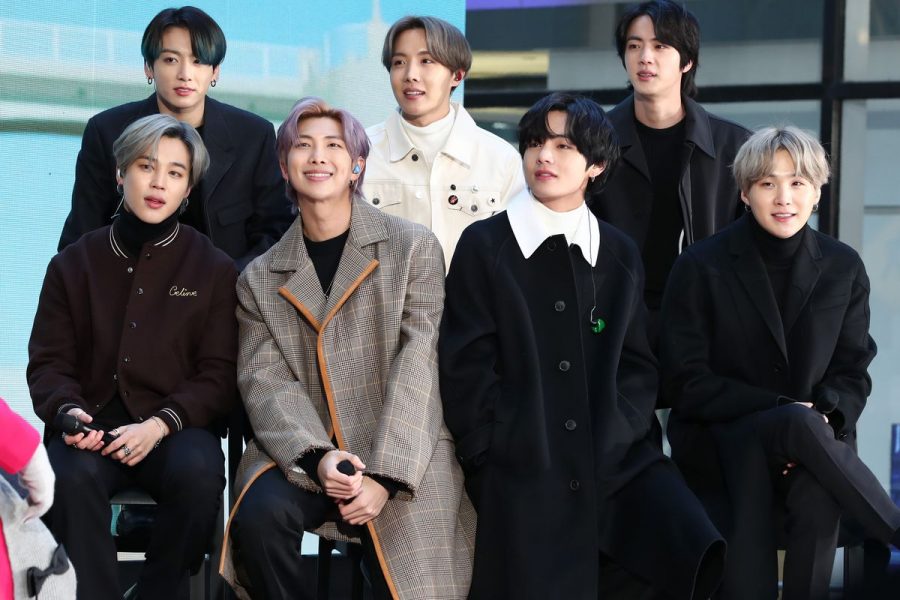 The Draw of Korean Entertainment

Over the past 20 years, there’s been a huge surge of Korean entertainment all over the world, which has become even more apparent these past few years. Korean people have nicknamed this the Hallyu Wave. Here are some examples of what helped them get so big!

By this time, most everyone has likely heard of K-pop or Korean pop. The explosive popularity of the world-famous K-pop boy group BTS, and the K-pop girl group BLACKPINK and of course Psy’s Gangnam style have been huge influences on the success of K-pop. However, there have been many other Korean songs and groups that have influenced the gradual growth of K-pop. A group and song many time credited with introducing K-pop to western countries is Wonder Girls with their song “Nobody,” which was released in 2009 charted #76 on Billboard Hot 100. Other examples of well-known K-pop songs include “The Boys” by Girls Generation, “Eat You Up” and “Energetic” by BoA, “I am The Best” by 2NE1, “Hands Up” by 2PM, and “Sorry, Sorry” by Super Junior.

Later on in the year 2017 BTS won their first Billboard Award for Top Social Artist award and rose to popularity in a very quick amount of time becoming the most popular boy group in the world at the moment. Since their first Billboard award in 2017, BTS has since won 9 other billboard awards! BTS captured the attention of many people all over the world and made many accomplishments, such as fastest TikTok account to reach 1 million followers (3 hours and 31 minutes) and their English single ‘Butter’ gave them the world record for most viewed YouTube Video in the first 24 hours at 108.2 million views.

Other K-pop accomplishments include BigBang winning WorldWide Act in 2011, and EXO surpassed their own record 3 times for fastest outsold concert, the world record still being held by them at 0.2 seconds for 66,000 seats. Because of BTS’s quick popularity, Kpop in general blew up! The genre is filled with many more Boy Groups, Girl Groups, solo artists producing music, high production music videos and introducing and exploring multiple other genres within the genre K-Pop.

Although less popular than K-pop aside from a few exceptions, Korean Dramas or K-Dramas also grew in popularity over the past few years and are well-loved all over the world. Although many K-Drama fans admit that K-Dramas have a tendency to be a bit cheesy and sometimes over the top they can’t help but love the situations, plots, characters, and running tropes that K-Dramas also tend to have. K-Dramas typically follow the genre romantic comedy, however often have other genres included.

The most well-known “K-Drama” in the world at the moment is also one of the most popular TV shows in general at the moment, Squid Game! The Netflix series rose to fame, including many K-Drama favorite actors such as Gong Yoo, Heo Sung-Tae, and gave an opportunity for many other Korean Actors to rise in popularity.

Another K-Drama which got attention named “Crash Landing on You,” was watched by many first time K-Drama watchers and received good reviews with a 4.9 star rating. If you’re interested in watching other K-Dramas, viewers suggest ones like “Hometown Cha Cha Cha” and “Touch Your Heart” both found on Netflix.

This third and last factor has been a bit more subtle than the others. Korean Fashion and style have had a rather big impact on fashion trends around the world. Korean fashion has consisted of neutral colors, oversized sweaters, chunky shoes, and the iconic long coats!

South Korea has definitely figured out industry formulas to break through to international levels, and is taking off! However, even Korean entertainers agree that the extremely loyal fanbases of such outlets of entertainment have been extraordinary! Korean Entertainment will be well-loved by many all over for many years to come.