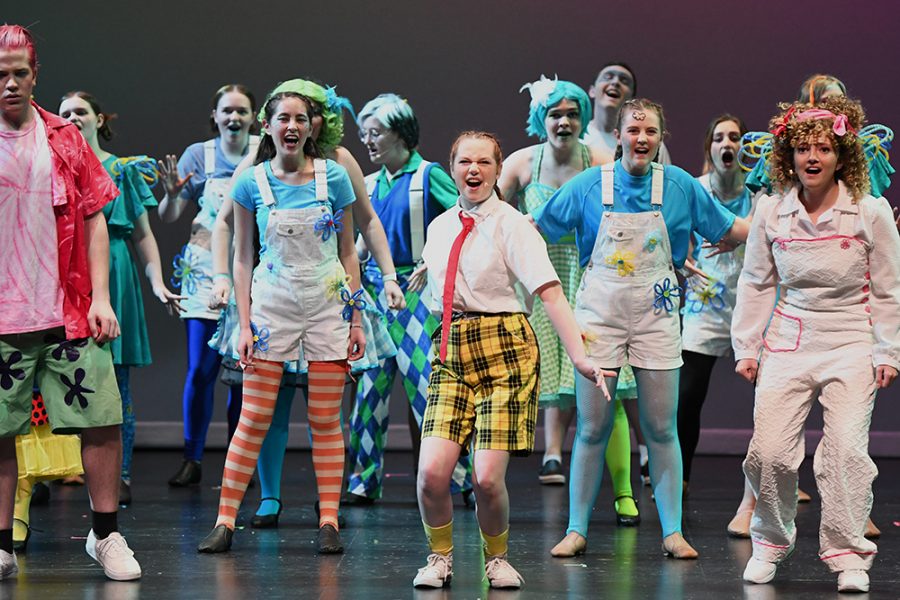 Anna Teichert, aka Spongebob, leads this year’s cast and ensemble in one of many musical numbers.

“My favorite number to perform is definitely When The Going Gets Tough,” stated Jenna Foulks, Karen the Computer, “get ready to see Karen and Plankton bust some moves!”

“Spongebob the Musical happens to be my favorite musical of all time,” stated conductor Caleb Shabestari. “The Music was written by several different artists like David Bowie, Plain White T’s, Panic! at the Disco, and John Legend!”

I’m really excited to see all of the people’s faces when there is a character that you interact with!”

Each character has their own style of dance as well as acting methods. “I play Patchy the Pirate, and the role is solely based on improvising,” stated Rae Watkins. “I’m really excited to see all of the people’s faces when there is a character that they can interact with!”

“I have found so much love within this cast,” stated Dani Gibbson playing as Mayor of Bikini Bottom “it makes me incredibly happy to be a part of the production.”

Alta Theater is ecstatic to be putting on the production. Tickets are found at ShoVation come see the lovable Nickelodeon characters and their adventures!