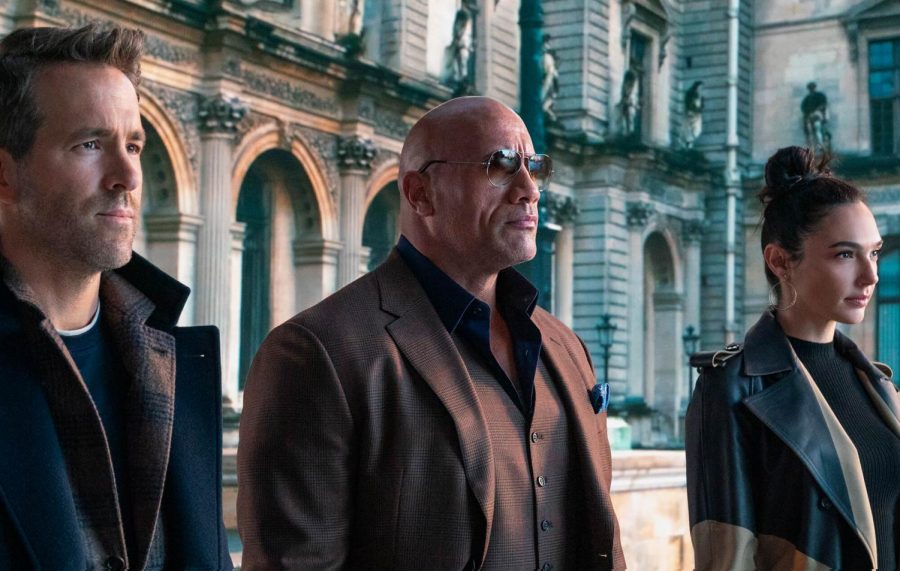 Fueled more by star power than compelling storytelling, “Red Notice” stars the usually charming Johnson as an FBI profiler who teams with a wisecracking art thief (Reynolds) against an even wilier art thief dubbed the Bishop (played by Gal Gadot) to track down a trio of priceless golden artifacts known as Cleopatra’s Eggs. That’s right — “Red Notice” is a literal Easter egg hunt of a movie, according to LA Times Entertainment writer Jen Yamato.

Originally planned for release by Universal Pictures, Red Notice was acquired by Netflix for distribution, therefore, this movie is a Netflix exclusive. It began a limited theatrical release on November 5, 2021, before digitally streaming on the platform on November 12, 2021. The film received generally negative reviews from critics.

Although many of the critic reviews are negative, this movie is a fun, action-packed comedy that grasped my attention from the beginning. This movie is a watch.

Reportedly the most expensive Netflix original production to date, Red Notice would have benefited if some of its $200m budget had been spent on untangling the screenplay.

“Red Notice” is a lot of fun, if often in spite of itself.

This may have been Netflix’s largest investment in a movie ever, but in the end, it’s the viewer who gets what they paid for.