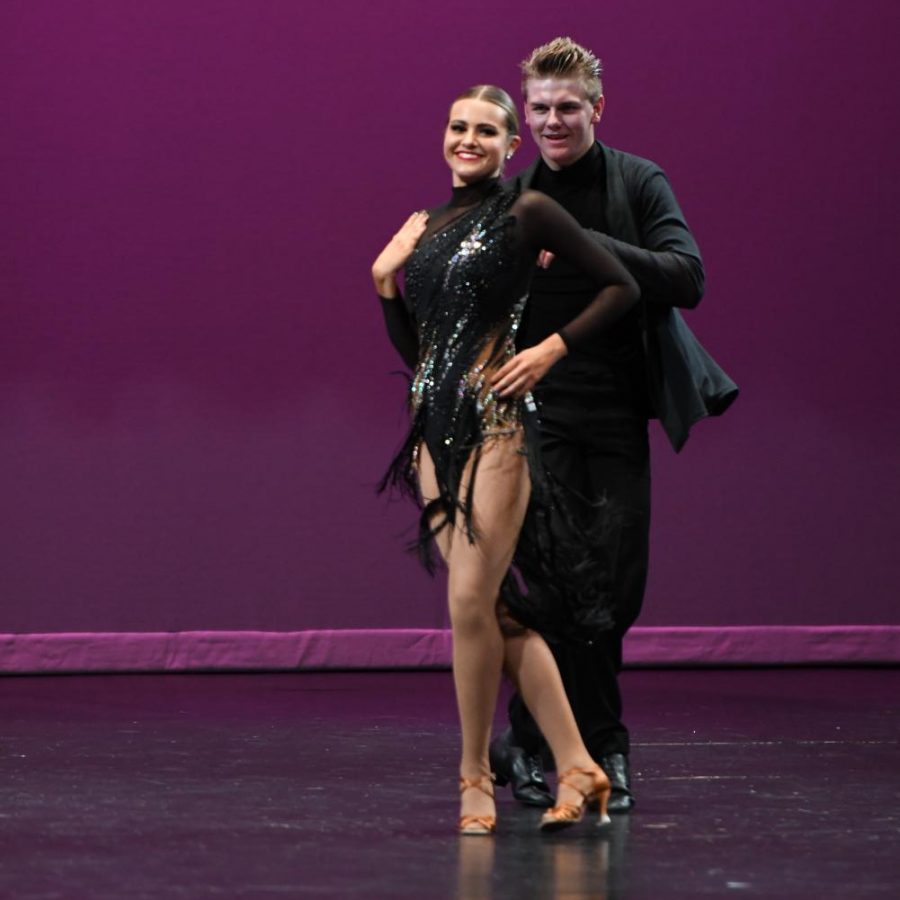 Ballroom team member Sophie Duncan performs with Jett Lundberg. After weeks and many hours of practice, the duo took first place in this year’s Dancing with the Hawks competition December 6th.

Sophie Duncan and Jett Lundberg were the winners of this year's "Dancing With the Hawks."

For Jett Lundberg and Sophie Duncan, taking first place in Alta Ballroom’s annual Dancing with the Hawks competition was evidence for them that hard work pays off. Ryan Wilkey and his partner Mallory Goodfellow took second place in the evening’s competition.

After weeks of learning and practice, the competition featuring eight couples, one from the ballroom team and another from another organization or sport, took the stage in the Performing Arts Center December 6th.

“I think we won because of all the hard work we put in,” said Jett Lundberg. “It also meant a lot that our friends showed us such amazing support. It felt amazing to win! It’s always nice to see your hard work pay off.”

The truth is that all the couples put in hours and hours to perfect their performances. Mallory Goodfellow, a newbie to ballroom dancing who was paired with veteran Ryan Wilkey quickly learned that perfecting a performance piece takes hours and hours of practice. “We probably spent over 25 hours practicing for the past six weeks,” Goodfellow said. It was a rewarding experience and I learned a lot.”

All competitors received high scores from the judges and wowed the audience. To end with one winning couple, the audience voted for their favorite. Ryan Wilkey and Mallory Goodfellow representing Student Government got second place, while Sophie Duncan and Jett Lundberg, representing basketball, took first place.

“I think we won because Jett worked super hard these past couple months and was so fun to watch,” Duncan said. “I felt so excited about winning and I wasn’t expecting it. I’m so happy I was able to do this with Jett.”

In addition to ballroom performances, there were two performances by Alta’s Drill Team. Both of their songs were upbeat, their costumes were creative and colorful, and their dancing was very well executed.