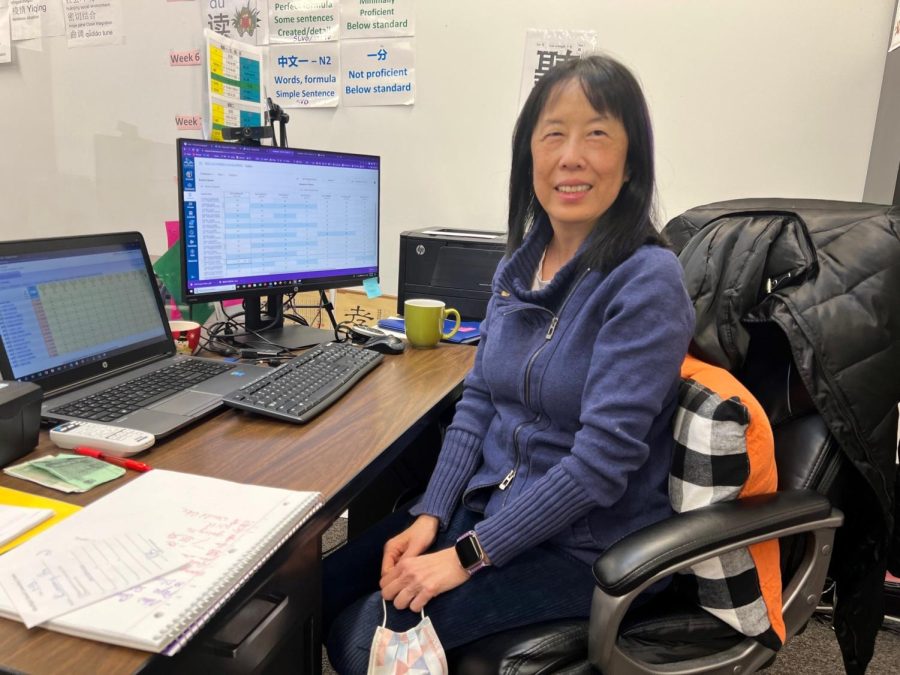 One of Alta High Schools languages teachers, Jessica Peng, has been teaching for 22 years. She teaches a few different levels of Mandarin Chinese. Some of the classes Peng teaches include Chinese 1-5H and 3116-3118 Bridge Concurrent Enrollment.

Although Peng likes teaching because she gets to “pass on my love to students”, she also loves her family. Peng was born and raised in Taiwan. She has Two siblings that she loves very much. Her immediate family consists of her son who lives with her.

Peng moved to Utah when she was in her 30’s and has been mostly here ever since. Her favorite parts about Utah are how kind the people are, the “blue skies, and the mountains”. She has traveled to many different countries. Having the experiences she has had, it has helped her learn about other cultures. This is yet another reason she became a teacher.

“Pass on my cultural knowledge,” is of huge importance to Peng as a teacher. As the Chinese immersion program has grown, China’s culture and understanding has also grown in our school. Peng has been very grateful for the program to grow, especially because it is a very difficult language to learn. She admires the students’ efforts to learn.

No matter what class Peng is teaching, she is proud of them no matter what. She says that each class has its own challenges and fun. Peng continues to discuss that it’s difficult for her to pick which class she likes teaching most. One year she may like teaching a different class more than she did the year before. Although she may not specifically have a class she likes most, she still enjoys teaching.

When students come back and tell Peng about their experience with the Chinese language and culture, it helps motivate her to continue teaching. She loves all her students and encourages more people to join the journey of learning Chinese. It’s never too late to start.