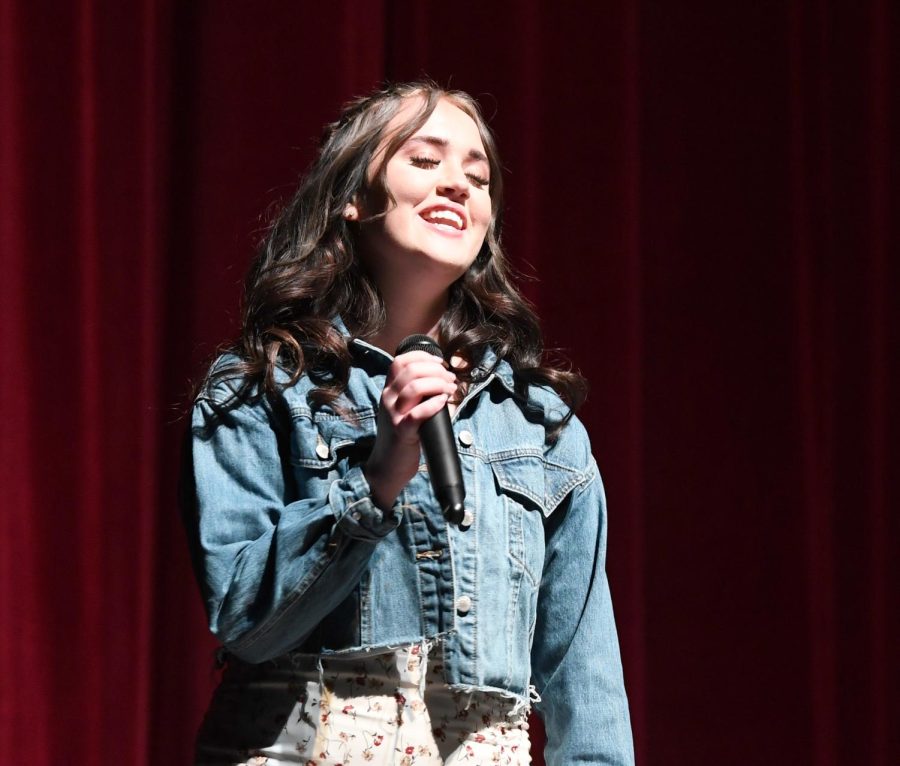 Eight contestants performed for the coveted title as this year's Alta Idol.

At the end of the eight performances, the audience scanned a QR code and vote for their favorite performance. After 10 minutes, the top three contestants were announced and another round of performances/voting was underway.

When the votes were in, senior Gracie Nielson came in first place with her cover of Katy Perry’s “The One That Got Away.” Lucy LuSueur and Crew Tripp were runners up in this year’s competition.

We are all friends when we get off stage.”

Winner, Gracie Nielson, explained, “This is my first year at Alta, so I decided to participate in Alta Idol because I love to sing.”

Gracie’s favorite part of Alta Idol was the competitive environment. She has been singing and taking vocal lessons since she was 12 years old, but this isn’t the only musical talent that she possesses. Gracie also knows how to play the guitar and piano.

One of the benefits of this competition is that all the contestants become friends by the time the performances are over. Finalist Crew Tripp said, “I love that Alta Idol is a competition, but we are all friends when we get off stage.”

Crew joined the competition because he has been interested in music since he was nine years old and wanted to get his music out there. He performed his own original song titled “Falling.”