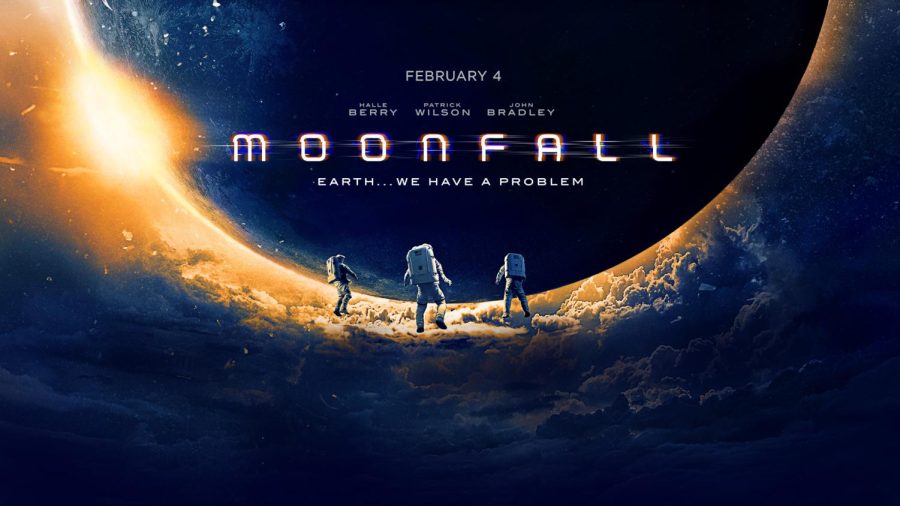 Moonfall: Plot, CGI, and Actors Make this Movie a “Watch”

Moonfall directed by Roland Emmerich is a disaster scenario of the Moon falling to Earth. A mysterious force had forced the moon out of orbit causing Earth to be closer to another extinction event. With just a few weeks before impact NASA Executive Jocinda (Halle Berry) teams up with her ex-partner Brian Harper (Patrick Wilson) and a conspiracy theorist K.C Houseman (John Bradley) to save the Earth.

Jocinda (Halle Berry) discovers the impending disaster about two months before impact… until the man who told her that the days would get shorter with the moon getting closer, causing it to be two weeks. She ends up leaving her kid on Earth as she goes into space to attempt to save humanity.

It was one of my favorite movies I have ever watched. The plot, the CGI, the actors/actresses, and the acting were all amazing!”

Brian Harper (Patrick Wilson) had been warned of the disaster but thought nothing of it. Once he realized it was actually happening, he went back to the place he found out about it to search for the papers with the details of the event. Then he goes to talk to the one who warned him.

K.C Houseman (John Bradley) had had a theory the moon was hollow known as the “hollow moon theory”. He believed it was a fake moon built by aliens. He snuck into a scientists office as he was leaving to ensure his theory… then he discovered the unimaginable.

Opinion: It is a great movie! When I watched the first teaser I knew it was going to be an amazing movie but after watching that is an understatement. It was one of my favorite movies I have ever watched. The plot, the CGI, the actors/actresses, and the acting were all amazing!

Sonny Bunch:  “The moon is going to crash into Earth and the world is ending so Storm and Aquaman’s villainous brother have to stop it.” It has big action set pieces and a ridiculous grasp of physics and a decent run time. It’s fun and funny; it doesn’t take itself too seriously.

Mark Donaldson:   Like an EMP tossed into a lunar crater, Roland Emmerich’s Moonfall bombed at the box office but deserved so much better. Grossing just $10 million in the U.S. against a budget of $140 million, it’s the latest in a long line of box office flops for Emmerich

Mini Anthikad Chhibber:   It is silly but immense fun. Emmerich, who has given us these ginormous disaster movies, from  Independence Day to  2012 is in fine fettle with this story of the moon being an alien ship and under attack.