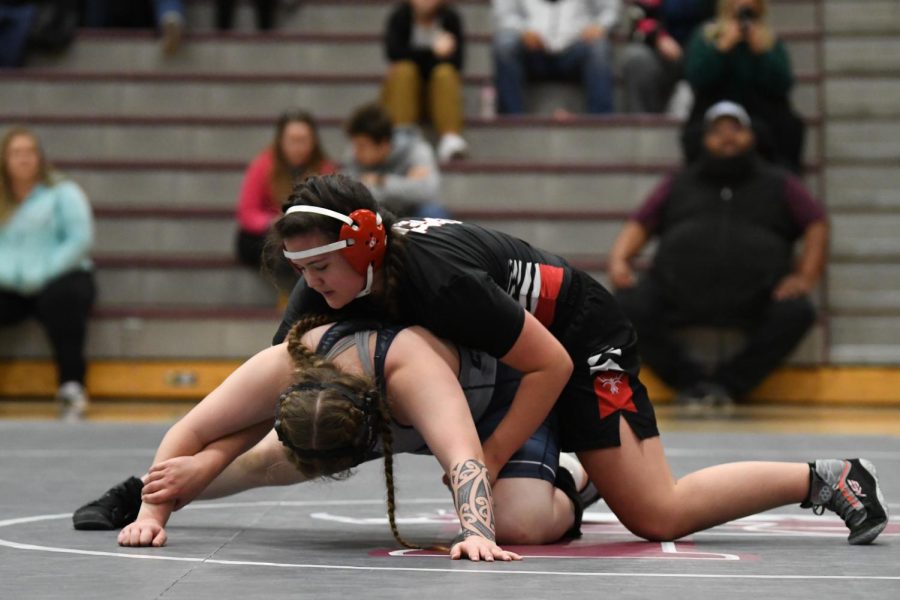 The Wrestling team took home a big win this last week at the region tournament even with head Wrestling Coach Barry Harrington missing most of the season due to knee surgery. Without their head coach, the team has struggled to find its rhythm throughout the season.

The tournament this year was “long and hard” according to Jaxon Kremser, and he notes that “the girls have come a long way.¨

Alta took about a 50 percent average score and helped determine who made the state. All the coaches and teammates are excited to support the eight boys and eight girls who made it to state. The state competition takes place on Wednesday 16th and Thursday 17th of this week at UVU. The thirteen wrestlers competing include Maddie Schuck, Ava Semchuck, Ava Collier, Cosette and Jessica Harrison, Johnny Orr, Zach Lovell, Jaxon Moe, Hayes Thompson, Quin Christensen, Ian Bushell, Jace Beckstead, and Tony Rindlesbach.

Jaxon continues to say that “when Coach Harrington was out for knee surgery, it was a struggle.¨ Having him out caused some practices to not be as consistent.

Coach Harrington’s absence hasn’t been the only struggle for the team. With Utah Covid cases skyrocketing recently, Alta administration was forced to cancel all sports for a week. This caused the team to cancel practice and ¨unfortunately the duel this year against Corner got canceled¨ said Senior Micah Campbell.

Harrington hopes the team can rise above adversity and make a stellar showing at the state meet.