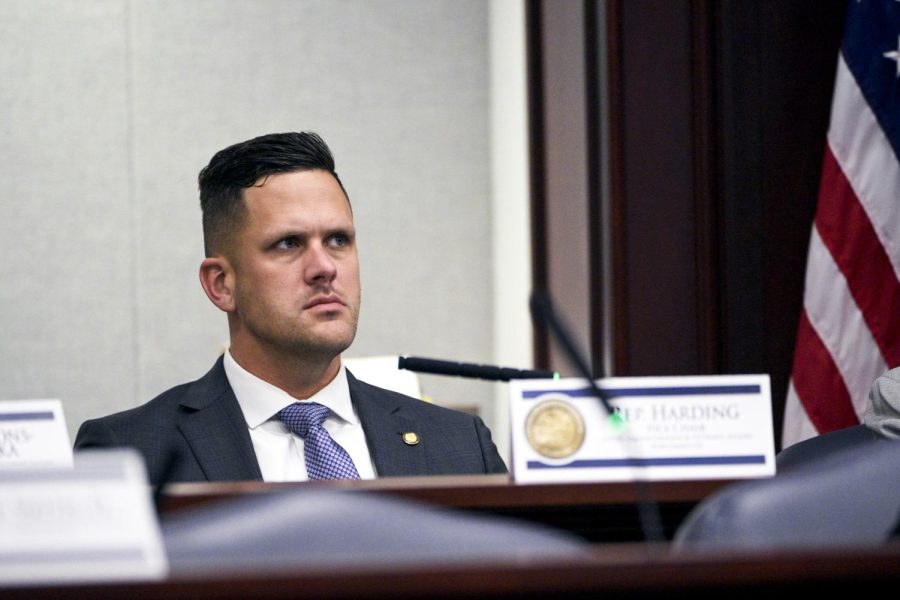 While many young teenagers around the country look to the new 2022 year with bright eyes and hopeful thoughts, certain demographics cannot say the same. The LGBTQ+ population of Florida, Utah, and of the country hold their breaths as legislation against their self-expression and identity gets introduced and signed into law.

Florida’s “Don’t Say Gay” bill is one of hundreds of anti-LGBTQ+ legislation that seeks to suppress the freedom of self-expression in primary schools. While the main focus of the bill is on the matter of censorship, the consequences of it are far worse than just teachers being censored. House Bill 1557, backed by Florida Republicans, would prohibit the discussion of sexual orientation and gender identity between teachers and students in their primary schools. With support from state Governor Ron DeSantis, chances are the bill will become law. In fact, on the 24th of February, yesterday, the bill passed the Florida House with a 69 – 47 vote with seven Republican lawmakers voting against it with their Democrat colleagues.

The bill has undergone extreme revisions, and at one point had an amendment that would effectively force schools in Florida to out students against their will to their parents or legal guardians within six weeks if the school finds out a student identifies as anything other than straight and cis. The amendment was pulled two days ago before debates were set to take place. The lawmaker that proposed the original bill and the amendment to go along with it, Republican Representative Joe Harding, said that he wanted to focus on the efforts to get the primary bill passed instead of overcomplicating the bill.

“The ‘Don’t Say Gay’ bill isn’t some noble bill to preserve the innocence of children, its to destroy the acceptance of diversity.” says a transgender Alta student that has chosen to remain anonymous. “It will further marginalize and damage a community that hasn’t been guaranteed equality or safety since the dawn of time.”

Beck Drennan, a former Alta student that transferred in large part due to the anti-LGBTQ+ discrimination he and many of his friends faced at our school, says that, “Not talking about a certain group is discrimination and can be extremely harmful to those who identify as LGBTQ+. Education about a topic such as gender or sexuality does not change the recipient’s gender or sexual orientation.”

Youth LGBTQ+ bullying and suicide rates are some of the highest in the country and this bill would only make things worse. The Hill recently reported on a recent survey by the Trevor Project, a LGBTQ+ youth suicide prevention and crisis intervention group, that found 42% of LGBTQ+ youth seriously considered attempting suicide in the past year alone. Another report from the Trevor Project revealed that LGBTQ+ youth who learned about LGBTQ+ people, issues, and history in school had 23% lower odds of reporting a suicide attempt in the last year.

The bill, which seeks to prohibit any education and interaction relating to LGBTQ+ information, will quite literally cause suicide rates to spike. “This will kill kids,” Chasten Buttigieg, husband of former presidential candidate Pete Buttigieg said.

“This bill will erase young LGBTQ students across Florida, forcing many back into the closet by policing their identity and silencing important discussions about the issues they face,” Sam Ames, director of advocacy and government affairs at the Trevor Project, said in a statement to the Hill. “LGBTQ students deserve their history and experiences to be reflected in their education, just like their peers.”

If this bill were to be passed, it would set a dangerous precedent to a rapidly rising trend of anti-LGBTQ+ legislation in the United States. In the state of Utah alone, two bills targeting LGBTQ+ rights are already entering the voting process.

While the world’s eyes are on Ukraine and Russia, we in the United States cannot forget Russia’s anti-LGBTQ+ laws that are practically a mirror image of the “Don’t Say Gay” bill. The United States collectively gave Russia grief for this, we should apply the same standards to ourselves. Otherwise, are we better than the enemy in any way?

Students of Alta high school, the rights of your peers’ self-expression are under attack. You may even be experiencing the effects of this first-hand. We have a large LGBTQ+ population in our school of both students and staff. Do not stand idly by as members of our community get their very being censored. Would you want your friends to stand up for you if you were in the same position?