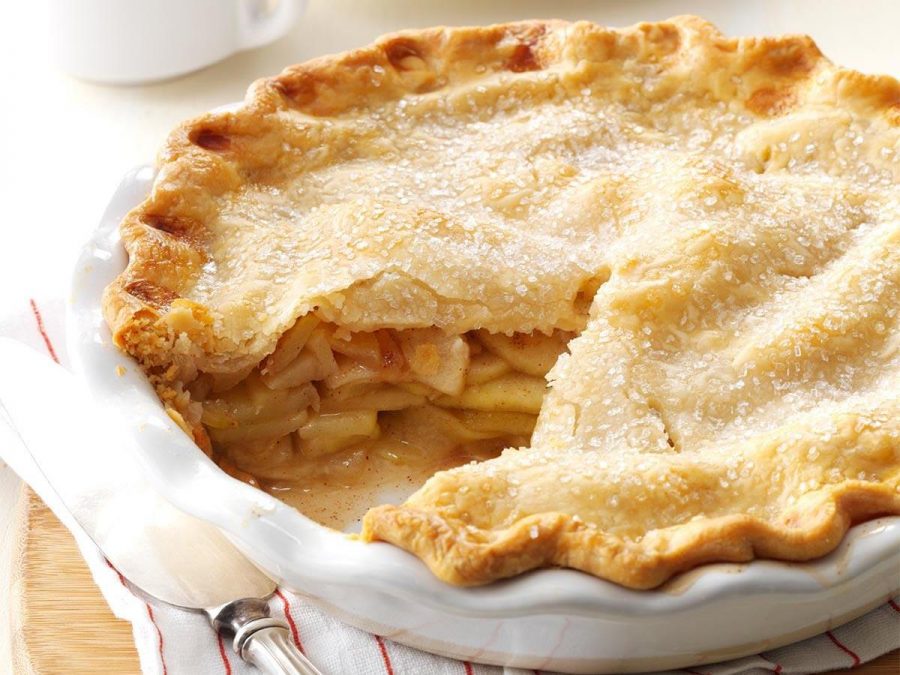 The value of the Pi was first calculated by Mathematician Archimedes of Syracuse. It was later accepted by the scientific community when Leonhard Euler used the symbol of Pi in 1737. The first Pi Day was celebrated in 1988 by American physicist Larry Shaw. Pi day is a special day for those who love mathematics and want to honor Albert Einstein. March 14 every year is celebrated as Pi Day to commemorate mathematical constant Pi. It is also the birthday of Einstein, one of the greatest physicists of all time. As part of the celebrations, people also eat pie on this day or participate in competitions. So here is a pie recipe for you!

Notes
You can substitute the heavy whipping cream, 3 tablespoons of sugar and ½ teaspoon of vanilla extract with one (8 oz.) tub of COOL WHIP, thawed.
For a kicked-up cinnamon flavor – add about a teaspoon of cinnamon to the graham cracker crumbs. Alternatively, if you want to purchase graham crackers that are already crushed – just add a teaspoon of ground cinnamon to the mixture.
Leftovers should be kept covered in the refrigerator for up to 3 days. This can also be frozen if stored properly in a freezer safe container for up to 3 months.
Most any fruit pie filling flavor can be used here.