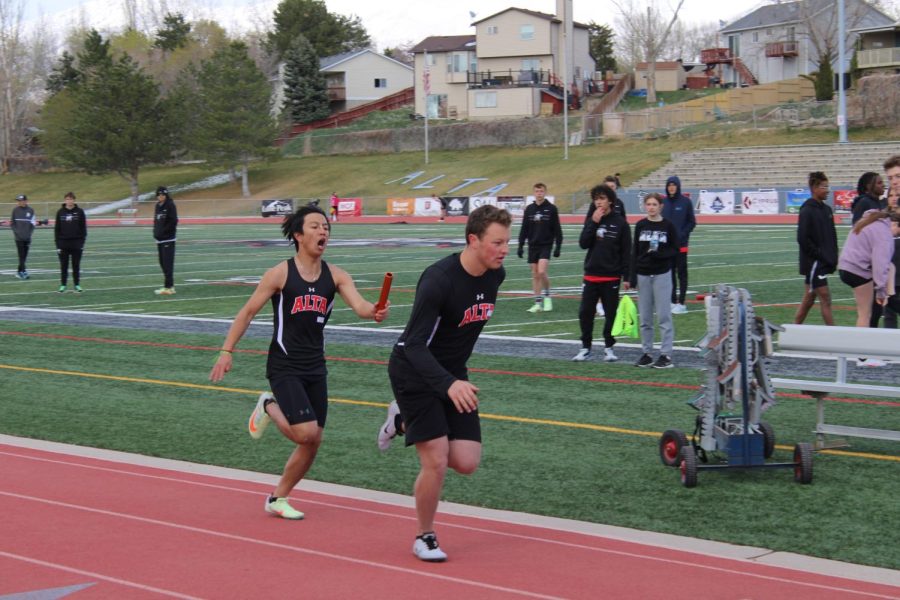 Participation on the Track team has grown more and more popular over the years. One of the best parts of the team this year, according to Coach Bennion, is the size. Having a team so big makes the environment energetic and welcoming.

Jordan Cai’s “favorite part about track is definitely the meets – the energy is so fun.”

Track has events for everyone and is not only filled with distance or sprints. Many students also compete in hurdles and high jumps. With practices every day after school, the team is dedicated. As practices continue throughout the season, athletes learn new skills, and character development and friendships blossom.

The friendships the team makes are lifelong. Lauren Gehrett said that this is one of her favorite parts of track. “I love the people and meets are a blast because we all hang and cheer each other on,” she said.

“Elysse Jessen is ranked number one in the state for the 800 meter run and 400 meter run.” according to Coach Bennion.

Not only is she number one in state at the moment, she also broke Alta High Schools 800 meter runs record. Bennion continues to say Elysse is “still getting faster”. She is very determined and works extremely hard to reach her goals.

Being committed to BYU as a Junior in high school, this will help Elysse guarantee a future in track.

The team and coaches are excited to see how the season ends. Bennions mentioned State being on May 19-21. After state, the team will have a banquet to celebrate all of their successes. And although having such a large team is hard to manage, it has made the season more fun and has shown incredible results. The team waits to see how all of their hard work and dedication to the teams pays off at Regions and State.