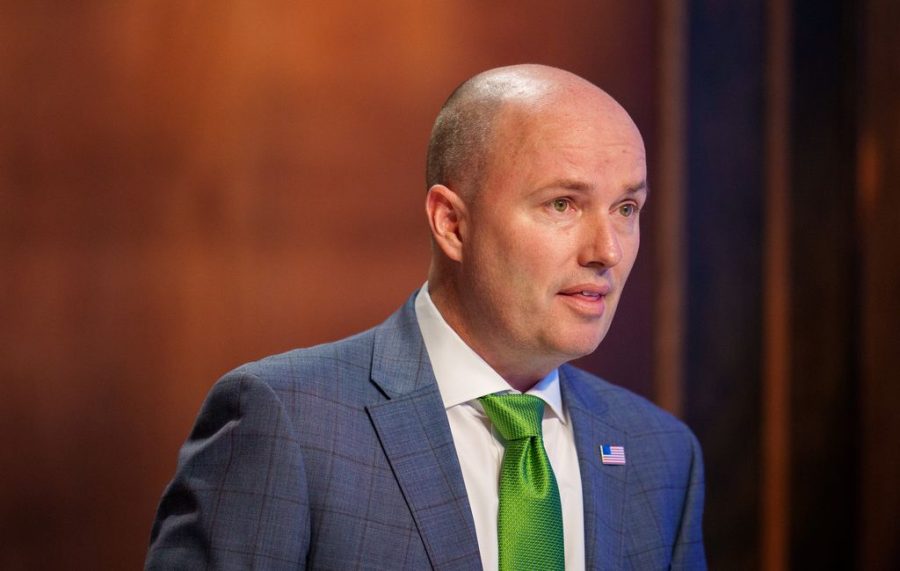 The Utah Legislature’s recent override of Governor Spencer Cox’s veto on House Bill 11, made national headlines. The veto by Cox followed Indiana Governor Eric Holcomb’s veto of a similar bill earlier in the week. The bill would ban transgender students across Utah from competing in school sports consistent with their gender identity.

This piece of legislation was hastily rushed through the Utah legislature with no input from the public and was never debated or even discussed before being passed on the final night of the legislative session.

The bill’s language bars “a student of the male sex from competing against another school on a team designated for female students.” Sex, the law specifies, is the “biological, physical condition of being male or female, determined by an individual’s genetics and anatomy at birth.”

Unfortunately, the law bears no explicit mention of intersex students and some of the wording is left vague so it is unsure what action would be taken in the case of a female-identifying intersex student.

The passage of this law follows the pattern of conservative politicians introducing anti-LGBTQ+ bills across the country, with more than 320 in consideration and at least 130 directly targeting transgender people, 70+ of which, including HB 11, would ban trans youth from participating in school sports consistent with their gender identity.

Transgender youth are an extremely vulnerable and marginalized group, and over half, 56%, of trans youth have reported attempting suicide with 86% reporting suicidality, the risk and intent of suicide. Transgender people, especially in the conservative state of Utah, face persecution on a daily basis, and Alta is no exception.

It is not a secret that there is a large minority of LGBTQ+ students in this school, a part of which identifies as something other than cisgender. Many transgender students at our school already face large amounts of prejudice, with little to no consequences for those dealing it. These things range from actions like bullying to systemic barriers.

A transgender student, Beck Drennan, describes his experiences at Alta. “I’ve been called slurs, threatened, followed, assaulted, and intentionally misgendered…It’s hard to keep showing up to school when you don’t feel safe there even after talking to the school administration.” Beck Drennan is a former Alta student that transferred in large part due to the anti-LGBTQ+ discrimination he and many of his friends faced at Alta High School.

2020 and 2021 were the deadliest years on record for transgender and gender non-conforming people, with at least 50 violent deaths in 2021 and a new Trevor Project survey showing that 85% of transgender youth saying that their mental health has been negatively affected by these legislative attacks.

“Anti-LGBTQ+ legislation seems to have been passed left and right throughout the nation. Additionally, there is a reopening of anger and violence towards LGBTQ+ groups,” says an anonymous transgender Alta student. “There seems to be a casual prejudice towards LGBT members…I have friends who have family members who label LGBT people as ‘gross’ or ‘disgusting’ or even ‘dangerous’. There is a distinct [threat] to being LGBT and it’s not even something that can be controlled.”

This law, set to take place on July 1st of this year, will undoubtedly make transgender students’ lives even more difficult, and may have harmful lasting consequences.

Governor Cox, in his detailed response on March 22nd, gave a few reasons as to why he believed this bill would be extremely harmful to the trans community and gave a scathing critique of the legislature. He provides evidence and states that there are only four transgender kids in total playing high school sports in Utah with only one of those four plays girls’ sports.

“Four kids and only one of them playing girls sports. That’s what all of this is about. Four kids who aren’t dominating or winning trophies or taking scholarships. Four kids who are just trying to find some friends and feel like they are a part of something. Four kids trying to get through each day.”

Cox also links his argument with the suicide statistics of transgender youth. “Rarely has so much fear and anger been directed at so few. I don’t understand what they are going through or why they feel the way they do. But I want them to live. And all the research shows that even a little acceptance and connection can reduce suicidality significantly.”

He continues, “For that reason, as much as any other, I have taken this action in the hope that we can continue to work together and find a better way. If a veto override occurs, I hope we can work to find ways to show these four kids that we love them and they have a place in our state.”

A veto override did occur, and the law is scheduled to take effect on July 1st. The veto measure passed 21 – 8 in the Senate and 56 – 18 in the house. According to NBC News, “Ten Republicans in Utah’s state House and five in the state Senate who had previously voted against the bill changed their votes to support the bill during the override session. Both chambers voted on Friday without additional debate.”

Another Utah House Bill, HB 127, prohibits physicians or surgeon from performing any transgender procedure on minors. This bill failed about a week before HB 11 was passed.

“The Utah legislature shows no shame. Despite opposition from their own governor, Utah legislators continue to attack transgender children.” Cathryn Oakley, Human Rights Campaign State Legislative Director said, “The Utah legislature should focus on the real issues impacting Utahns, not needlessly attack a handful of vulnerable children who pose no threat and just want to play sports with their friends.”

The statement reads, “The Human Rights Campaign condemns this action by the Utah legislature and will continue to use every tool at our disposal to fight for the rights all transgender youth and their families.”

At a protest on March 24th, against the overriding of the governor’s veto on HB 11, a trans student gave a testimony, “Sports, it helps me get through a lot of things,”

“I know for some other kids that are also trans, we just want to play. We just want the opportunity to play and have fun with the rest of the kids.”

“They’re solving problems that do not exist,” says another trans youth at the protest to KSL, “And these bills and laws are dangerous.”

83% of Utahns support nondiscrimination protections, according to the latest PRRI data. Despite this, with the passage of HB 11 into law, the state of Utah has officially become the 12th state to implement bans targeting transgender athletes.