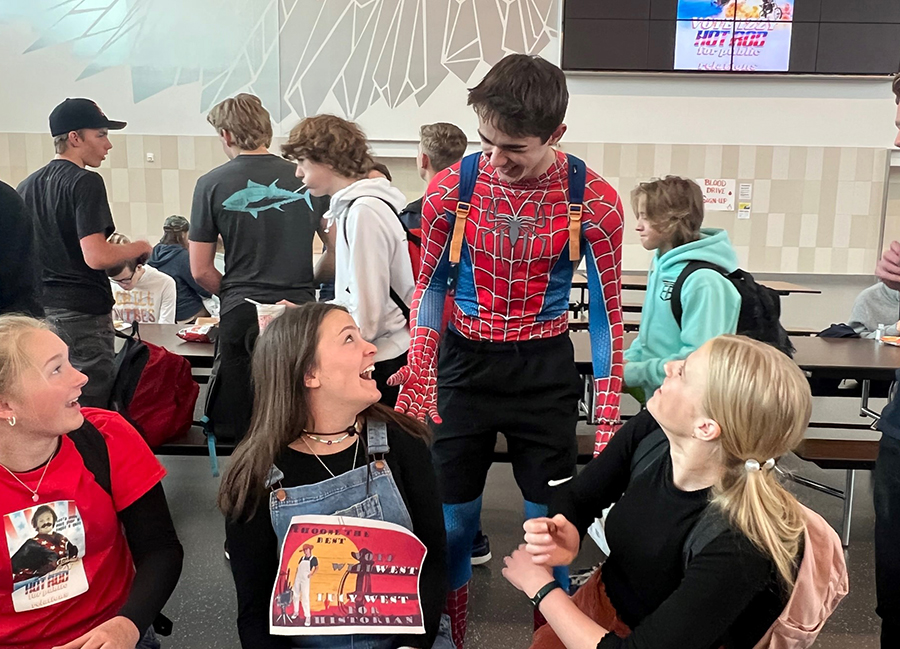 Junior Josh Wagstaff campaigns at lunch for Senior vice-President. Inspired by Spiderman, Josh created a campaign with promises to be a super leader.

Campaigning in the commons during lunch is a sure sign spring is here and with it change for the coming school year.

Candidates are busy convincing others to vote for them in Friday’s primary election. Finalists will campaign for three days next week and the general election will deliver next year’s class officers.

Freshman Juliet Bryant who is running for a spot on the sophmore leadership team said,  “It has been a lot more fun then I expected.”

Even for students who have been here for a while it is still quite an experience. Junior Boston Smith said it’s “kind of nerve racking.”

Voting opens up tomorrow. Remember to vote in your class election because vote truly do matter. some elections can be decided by just a couple of votes.