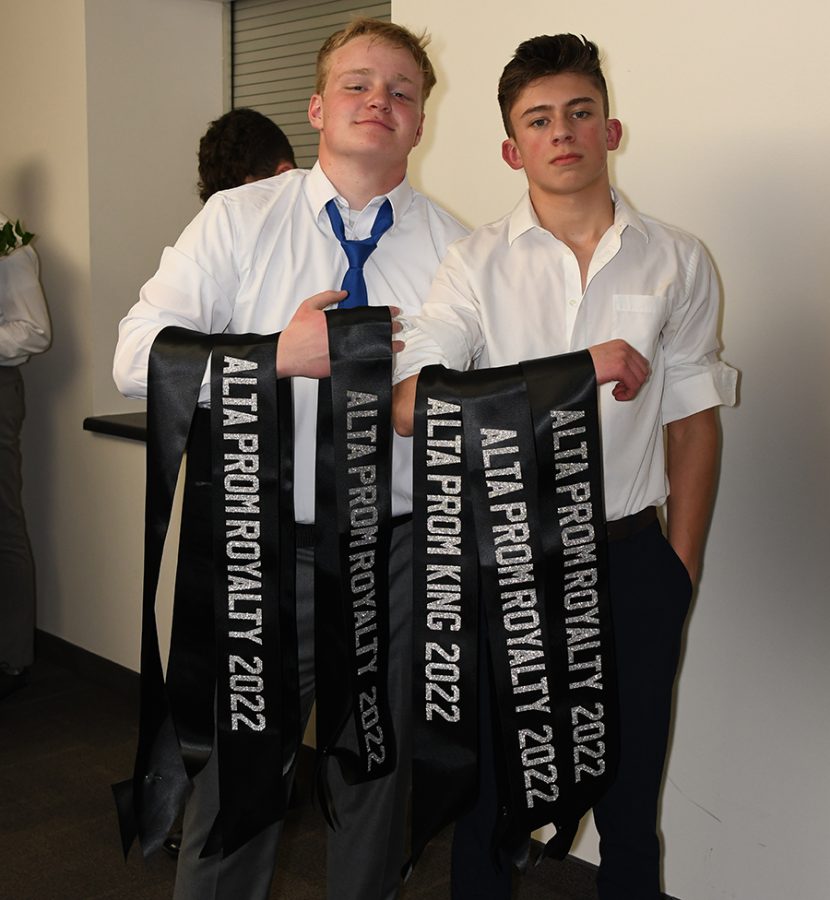 As part of student government, Ian Smith and Brady Van Roosendaal help with the presentation of this year’s Junior Prom Royalty. Newly elected officers will begin planning activities for the coming school year, like the Junior Prom.

It’s a wrap. Students voted Monday and selected their class officers for the upcoming school year.

I want to set an example and change the attitudes students have towards school.”

”For now, the officers have time to plan and prepare for the coming year. Senior Class President Leroy Barlow is looking forward to being a part of student government. “I want to set an example and change the attitudes students have towards school,” he said.

Sophomore President Zach Lovell is excited to make new friends in his new assignment. “My goal is to make everyone feel included,” he said.

Student government will meet in the coming months to plan activities and events for next school year. One thing is certain …. they want to make 2022-23 memorable for all students.