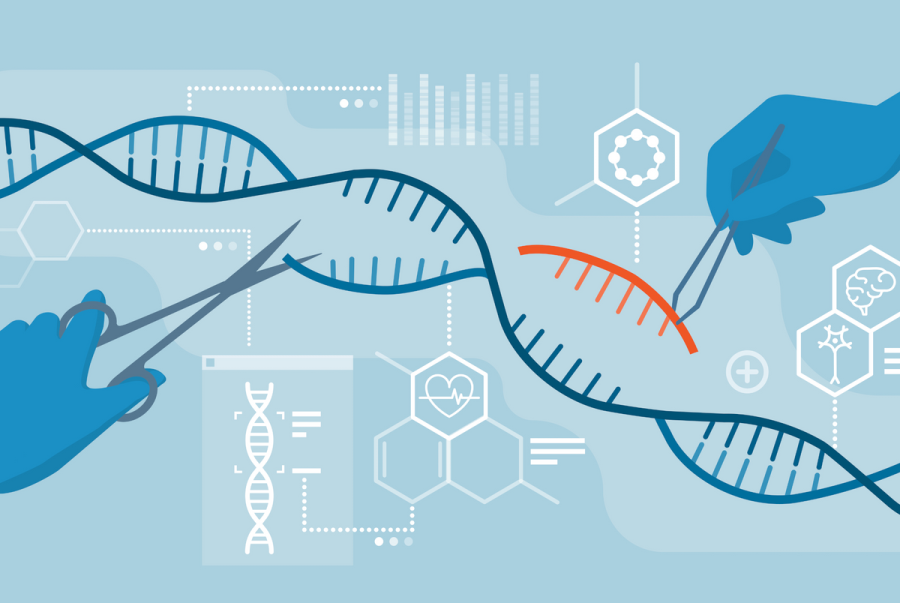 The scientific community and world were rocked four years ago by a startling announcement: a Chinese Biophysics researcher, named He Jiankui, had just successfully used a genetic technology called CRISPR to successfully edit germline cells and cause the birth of the worlds first genetically engineered babies, a set of healthy baby twins, named Lulu and Nana. This unexpected and condemned action provoked the question, should we genetically engineer humans?

While most condemned this experiment with valid and invalid reasons, I am not here to condemn the action because it already happened and from what has been known, no life has been hurt as a direct result of this experiment, but rather call for our Governments across the world, to legalize and strictly regulate Germline research in order to prevent or mitigate a incident similar to this, that could yield disastrous results.

Actions taken by scientists like He Jiankui could yield disastrous results and with a wide availability of Genetic editing technologies available for purchase on websites such as Amazon or eBay, there are even startups that sell this technology. With such a wide variety of this technology being affordable to the general public and a potential cold war and arms race with nations such as China or Russia, this technology poses a huge national security threat to the US. The solution is not to ban the research, but to legalize funding, research, and laws regulating the research and technology for the a wide variety of reasons. The primary reasons are health and National Security related.

A lot of criticisms center on the overall safety and ethics of the experiment. From what has been released, Lulu and Nana were given versions of the CCR5 gene that were entirely made up and most likely not found in any other human being. Hank Greely, a professor of Law and Ethicsat Stanford University said the experiment was “reckless because of a terrible benefit/risk ratio for the baby.”

Despite the problems and ethics with the experiment, it should not have warranted a call for a temporary moratorium on similar experiments. While it seemed that many went on the attack against He, there were those who came to his defense, like renown geneticist George Church. Church said that the “most serious thing” about his experiment was “that he didn’t do the paperwork right.”

Church’s comments drew criticisms from Alexis Carere, president of the Canadian Association of Genetic Counselors. She said “every sentence was a new ethical maxim that I had never heard of”, referring to the interview Church gave to Science.  While both have reasons to be justified, the problem is how do we confront other problems that could arise in the future with Genetic editing. Other animals and diseases can be edited as well. For example in 2017 with a group of scientists who resurrected a virus, called Horsepoxs and there has been a plethora of theories around the recent Covid-19 virus. One of which being it could have been a lab leak. However there have been many benefits we have been able to reap such as the quick development of the Covid Vaccines, Genetic therapy treatments, more food production due to GMOs, along with a host of other benefits of genetic editing technology.

If you’re banning it [Genetic Engineering] completely you are removing the idea that you could reduce cancers in those genes or if you have a gene that has a genetic mutation.”

Alta science teacher Sarah Connor said “If you are going to do it, it needs to be in a research setting and not just someone’s backyard, because there is some ethical issues with that, it is changing your genetic makeup.” However she said, “If you’re banning it completely you are removing the idea that you could reduce cancers in those genes or if you have a gene that has a genetic mutation.”

The bigger picture with this technology must be realized. It has the potentially to fundamentally change humanity, and if that technology is put in the wrong hands the results could be disastrous. The Health and National security implications will be huge. The US needs to stay ahead of the curve on this technology.

The future uses of this technology can also be groundbreaking. We could eliminate diseases and disorders that have plagued humanity for years and years. These genetic technologies can also give humans better lives outside the realm of disease and disorder by giving them more muscle mass, intelligence, height, and other beneficial traits. However we have further reasons to research this technology: Space Exploration.

If current projects by NASA, SpaceX, Blue Origin and other ventures succeed, humans will need these technologies for the brutalities of space. One day humans will be on mars and more us will work in space one day and the affects of that could be bad. When astronauts go to space despite their best efforts they lose muscle mass and have been reported to grow in space due to the lack of gravity. While short term space exploration has its consequences it is minimal compared to long term space explorations consequences.

With all what is going on in the world we must not forget about the issue of using genetic editing technologies on humans for germ line editing. This technology will impact and does impact our lives each everyday. For example many of our foods are GMO’s and ensure food security for billions of people. They bring healthy, nutritious, and safe food to billions as well. Our future and our well being depends on well regulated research for the safety and security of this technology. I would urge our Government to legalize this research because the consequences of not doing so will impact us even more then not legalizing this technology and research at all.