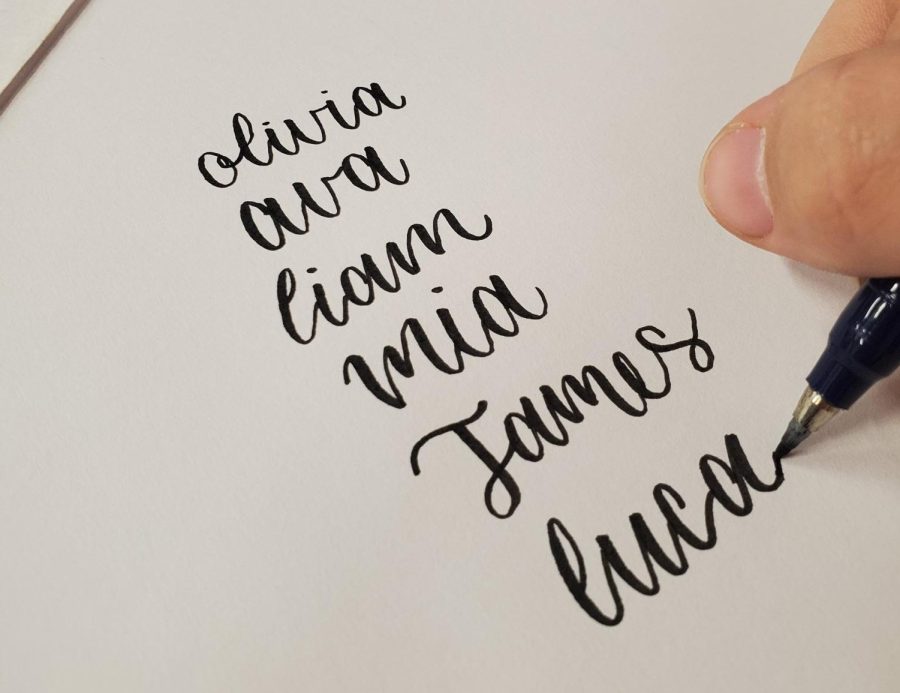 As most everyone knows, there are specific names through the years that become more common than others. And Alta is no exception. We were able to find some of the most popular names at Alta High School.

12 Ava’s at Alta places it as the 5th spot of most common girl names at Alta. This one was a bit shocking, yet understandable. The simple yet charming name has always been rather popular but to many it just didn’t seem like it was this common at our school. But we were pleasantly surprised.

Emma, of course with no doubt had to make this list! It topped at number one most common name for many years in the past. With 15 students of the name, Alta continues on the trend of Emma being a common name.

This one is actually no surprise as it feels like every student knows at least a few Abigails (often nicknamed Abby) out of the 16 that are currently attending Alta. It’s no wonder that this name is so popular here, as it’s a very well-liked name being one of the most common in the U.S. for girls born in 2003-06.

In second place is Isabella at 17 students. However it’s likely that many of them go by nicknames such as Izzy, or Bella, so it often doesn’t feel like there aren’t that many. But apparently there are enough that the name comes second by only one student away from tying with the first place spot.

Although this came 5th on the list, it’s pretty common knowledge that most Nicholas’s at Alta tend to go by Nick. It’s an old classic name, but still maintains its position of being one of the most common with 13 students with the name.

17 Kaden’s attend Alta, however not just with that spelling, but also all the Caden’s, Kayden’s and all the other ways of spelling it at Alta high school. It’s been debated from various people of the same sounding name what the right way to spell it is. But it still has yet to be determined.

The name came third on our list with 17 students, technically tying with the Kadens. The name Joshua couldn’t seem to ever move from their 3rd place spot for most common names of 2003-06, so it was rather fitting for it to be put in 3rd place on this list as well.

What a classic name, that of course had to end up somewhere on this list! Alta has 19 boys with the name Ethan, placing them at their rightful second place. The name is obviously a well liked name by most everyone, and obvious to students that it’s a rather common name here.

First place is of course no other name but Jacob, with 21 Jacobs at Alta. This name is not very surprising to be topping the list. It’s the most common name of boys born between 2003 and 2006, so Alta kept true to that idea.

Alta’s common names came with a few surprises, but also assured certain trends. But we have many other common names here at Alta, and also a large number of distinct and unique names. But despite these names being common names every students unique in one way or another.