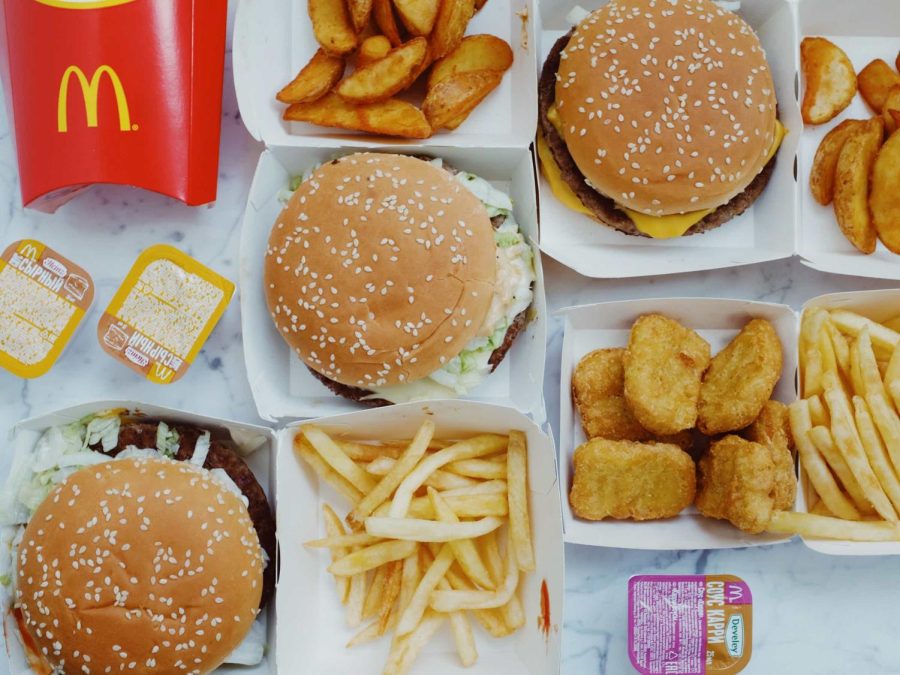 Why Teens Should Limit Fast Food In Their Diet

How healthy is your diet? Developing healthy eating habits is something that has become less and less of a priority in teens during the 21st century. With all of the fast food and unhealthy snacks that have been available to the public, most teens don’t worry about the healthy status of the food they eat.

In spite of public opinion, many beloved fast-food restaurants are a lot more unhealthy than one would expect. Most teens love a nice greasy fast-food hamburger right? It’s tasty, it’s convenient, and it’s very cheap, but not a smart choice in terms of overall health.

Senior Maren Stone tries to be mindful of her fast-food choices. “Try to choose whatever options are least processed. Most restaurants have options for grilled instead of fried,” she said.

Even In-n-Out serves a protein burger that is wrapped in lettuce to replace the bun. “When I am more mindful about the greasy and processed foods I’m eating, my body feels a lot better,” she said.

“Student Jase Watkins is fully aware that fast food is not always the healthiest choice, but it’s convenient and tastes good. “I still eat it and don’t care about it,” he said.

Tyler Blevins agrees and said he tries not eat fast food that much. “There are still days that I eat it,” he said.

These fast-food burgers are packed full of sodium and fat, and students should take a look at the fat, sodium, and calories before they sock away a 1500 calorie fast food meal.

The fat and sodium contents for burgers at favorite fast food places is startling.

This means that teens and just people in general should be more mindful of what they eat during the day. The point of this article is not to say you can never enjoy a juicy McDonalds hamburger ever again, but instead of getting fast food 3+ times a week, try and cut back on the amount of times you get the fast food.

Completely cutting foods you enjoy out of your diet will not only lead to sadness but can also lead to binge eating. So just make sure you are eating mostly whole foods and fruits and vegetables, but occasionally, you can go grab that hamburger.

If you want to be healthier in your food choices, but you still want to eat a delicious hamburger, here is something else you can do to satisfy your cravings. Make it at home! Not only is making food at home healthier and cheaper than eating from a fast food place, it can also be very fun and an amazing learning experience. Instead of using regular bread, use whole wheat bread to get more whole grains in your system, cook your own meat so you know at least what is inside the burger, and finally enjoy the burger you made knowing that it’s a healthier alternative to fast food!