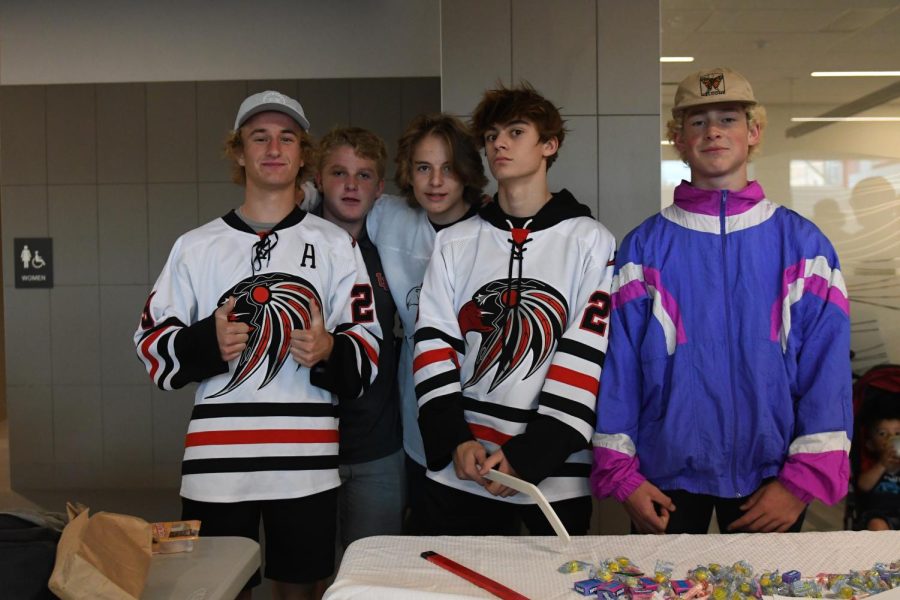 Members of the Hockey Club stand ready to provide information about joining their club at the last year’s club rush activity.

Sophomore Josh Graham is looking forward to club rush this week because he and his teammates are excited to find more hockey lovers and encourage them to join the team.

“Hockey has been in my life for a long time,” Graham said. “It is always fun to watch it grow and we hope others who love hockey will join.”

Josh is one of many students preparing to hype their clubs and get members at this week’s club rush.

Students can check out the fun and many opportunities to enrich their high school experience. Clubs will display their “stuff” Wednesday, Thursday and Friday during both lunches!

Club rush is not only a way to get involved with the school and make new friends that will last a lifetime, but clubs also open up future opportunities post high school.

Colleges don’t only look at academics. They look at what clubs the student has been involved with. They would rather see that you spent a couple years in a club.””

When you join a club you are affecting your entire future, from college applications to skills that you will have for the rest of your life according to Assistant Principal Melissa Lister. “Colleges don’t only look at academics,” she said. “They look at what clubs the student has been involved with and they would rather see that you spent a couple years in a club.”

Colleges are very interested in what skills and experiences students will bring to their school, Lister continued.

There are so many clubs from language clubs to medieval clubs to sports clubs. There’s a club for everyone! Clubs include everyone who is willing to join. Club rush is the best time to join all the clubs you want.