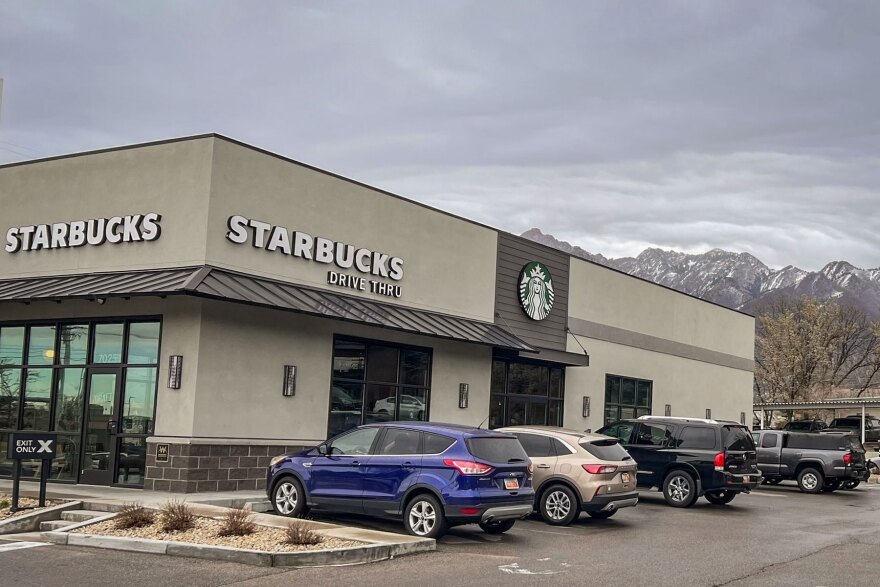 Utah Starbucks works at the 4th and 4th store and Cottonwood Heights join the national push to unionize.

Unions: What are They? Why are They Essential?

On Labor Day, thousands of union supporters went to their local Starbucks to show solidarity with their fellow workers. Amazon workers held a rally in the center of Times Square, and Pro-labor events were held all around the country.

Businesses large and small across the United States have been unionizing at rising rates in the last two years. Nationally, labor unions have won major victories like unionizing an Amazon warehouse. The restaurant chain Chipotle has also unionized one of its stores after a long sustained effort from its employees. Starbucks, however, has been one of the most successful campaigns seen in a while.

The famous coffee chain has had hundreds of stores file for unionization, with over two hundred establishing a union. Even with company management trying to squash union efforts, most still succeeded, including two in Utah. The Cottonwood Heights Starbucks and the 4th and 4th Starbucks in Downtown Salt Lake City became the first two stores of the chain to unionize in Utah with more likely to come. The famous arts and crafts store, Clever Octopus, also has an ongoing unionization campaign.

Many of Alta’s students work at stores with growing calls of unionization. Student workers may find themselves placed in a situation where unionization is necessary. As such, it is important for all workers to learn what unions are and how they benefit the working class.

Many of Alta’s students work at stores with growing calls of unionization. Student workers may find themselves placed in a situation where unionization is necessary. As such, it is important for all workers to learn what unions are and how they benefit the working class.”

A union is, at the most basic level, a group of workers that come together to protect and advance their rights as laborers. By coming together in a process known as “collective bargaining” workers can bring their employers to the negotiating table for all things concerning their rights.

Historically, labor unions have been responsible for getting workers better pay, healthcare, paid leave, safer work environments, unemployment insurance, child labor laws, and more. Today, however, after years of union-busting and the Red Scare, union rates have declined. This means that corporations and business owners have had more power than ever over their employees, often violating labor rights with little to no consequences.

If workers come together in today’s economy they could create a massive impact, as some unions have already proven. Workers at all businesses, for example, receive an estimated 11.2% higher pay than their nonunion counterparts. They also have protections against wage theft, where employers engage in predatory practices to siphon off the wages of their workers. Now, with the dominance of electronic tips, employers have the ability to take a chunk of workers’ tips for themselves. Unions protect against that and more.

Unionized workers are protected against unfair labor practices like the exploitative overtime hours system, ensuring that employers do not have the ability to overwork their employees and that all workers are compensated at fair rates during overtime. For Alta students that are part time workers, many benefits still apply, like paid sick leave or leniency in case of emergency.

Workers that would have been seen as expendable by massive corporations will have protections against unjust firings and set schedules if they wish. Some businesses like Chipotle are notorious for forcing their employees to work ‘emergency’ unscheduled hours and punish the workers if they are not available. Other businesses like Best Buy have a track record of giving employees only one hour less than the minimum requirement to be considered a full time worker that receives benefits and better pay. Unions have the power to block all of these exploitative practices.

Business owners and corporations are seen as tyrants in the workplace, appointing managers that carry out their will in pursuit of profit. Labor unions create a pathway to the democratization of the workplace, where workers can decide for themselves how aspects of the business is run.

Alta student workers may feel the burden of a lot of the practices their employer pushes. All student workers and all future workers should, at the very least, investigate further what unionization can mean for themselves and for their community. Even keeping unionization open as an option will give workers power. Utah’s local activist organizations often promote the cause of unionization. The IWW, the Industrial Workers of the World, for example, is one of the largest union advocates in the state of Utah. Reach out to this organization or check the NLRB website to learn more.

We spend a third of our lives in the workplace. It is only fair that we get treated well.