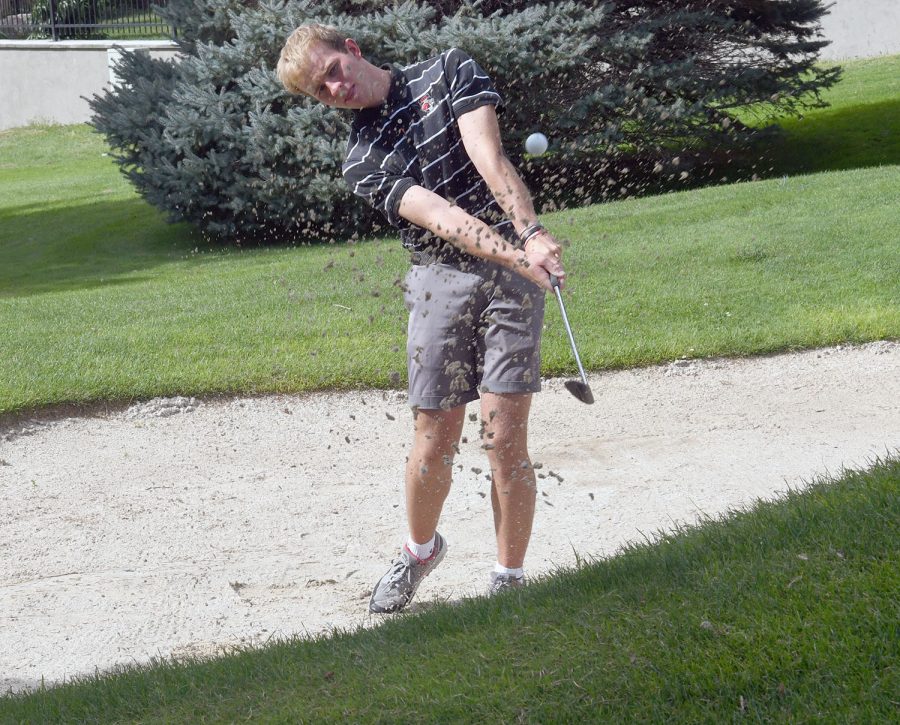 Ryan Richards shoots out of the sand to save par.

Golf Is In Full Swing

Ryan Richards who won a state championship with soccer and was a semifinalist in basketball hopes to continue his success in golf this season.

“I have to use my time well to balance all three sports and make sure I don’t fall behind…I grind all three everyday.” says Richards.

Ryan Richards had the lowest score of the team at the Thanksgiving Point Tournament with 74 points.

He goes on to say golf is different because, “I love the team and I like how I’m competing against myself everyday.”

Alta golf is 3rd in region and battling to get a shot at state. Golf sends eight people to compete and the top four scores count. The team came in 3rd in the last tournament with 320 points. They beat Timpview Highschool by 10 strokes.

Peter Affleck, senior on the team explains, “I love being a part of Alta Golf, I get to hang out and play golf with my friends.”

JV is also on a hot streak after finishing second at the Soldier Hollow Tournement. Bryce Nelson had the lowest score (79) and helped the hawks to a overall score of 352.

Alta has a long history of success in mens and womens golf. Many people want to be on the team but only a select few make the final cut.

Easton Lovell says, “I wish I would’ve tried out for the team because it looks really fun”