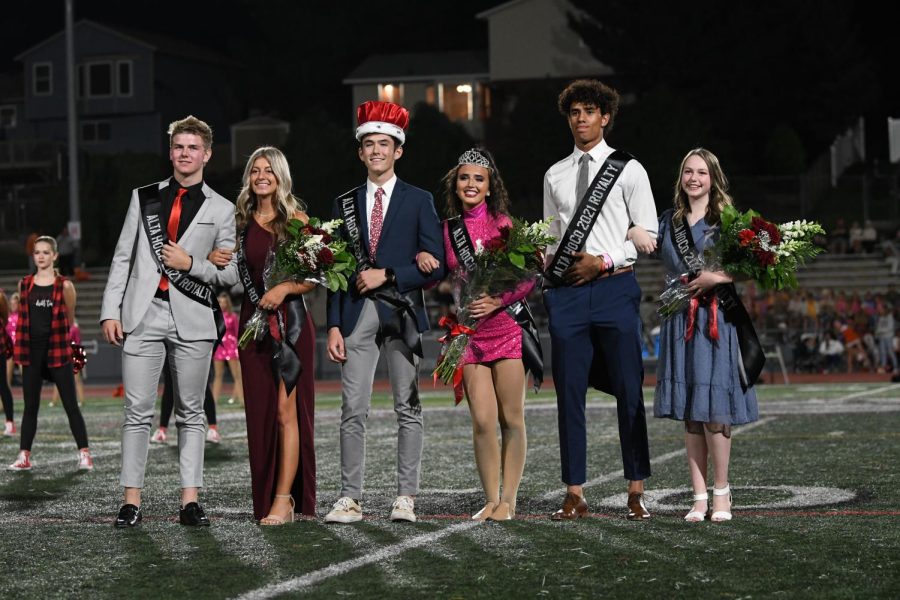 Last year’s homecoming royalty will pass their titles and crowns on to the new royalty that will be presented next Friday, Oct 8, during halftime at the Alta Jordan football game.

Senior Sam Mazuran was waiting in line at the Pirates of Caribbean ride at Disneyland when he received a text with news he was voted a finalist for this year’s Homecoming Court. “I was shocked beyond belief,” Mazuran said. “He didn’t even know he had been nominated by his advisory class.

Mazuran was in Florida on a vacation with his family so the news came out of the blue. In his absence, all senior advisory classes nominated a girl and a boy for Homecoming Royalty. All members of the student body narrowed down the court voting in advisory last week.

Blanco is on board with the HoCo royalty event. “It would be so cool to win Homecoming King so I could tell my kids about it one day,” he said. “It would be bragging rights for my friends and family.”

The candidates agree that it’s scary and exciting. Before they walk the 50 yard line at the Homecoming Spectacular at next Friday’s football game, all six will participate in the traditional Homecoming Pageant on Monday, October 3.

Kremser has decided to play the guitar and is “very nervous for the talent show.”

All of the candidates require an escort for the pageant. Some will ask a parent or a friend to be their escort. Mazuran plans to invite his grandmother.