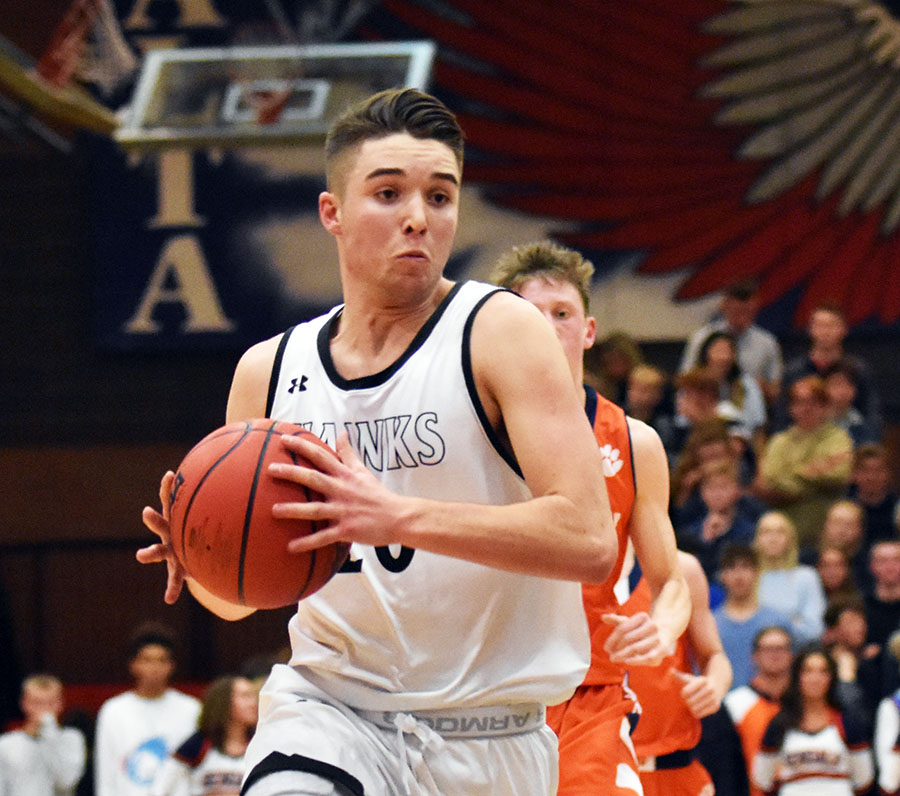 The men’s basketball team fought hard in the second round of the state playoffs and lost to Farmington 77-75 to put and end to an excellent season.
The team was determined to work hard this season and their hard work has paid off. They made it to the first round of playoffs this year.
“The season has gone well,” said team captain Jaden Brownell, “We’ve come together as a team as we have gotten deeper into the season.”
The men’s basketball team had their last season game on February 14th, against the Timpanogos Timberwolves. The team ended up going into overtime, and came out on top with a score of 60-56.
They then had their first play-off game on February 19th against the Hillcrest Huskies. They won with a score of 68-55. The players fought for every point. At the end of the first quarter against the Huskies, the score was tight at 12-11. Once halftime rolled around, the score was 21-26. At the end of the third quarter, Alta fought hard and came back in the lead with a score of 45-43. After a hard fought game, Alta won with a final score of 68-55.
“Our defense really got us going, if it wasn’t for our defense we wouldn’t have been able to build our lead like we did,” explained Jaden Brownell.
The team fought hard during the season, just as an injured player was doing at home. He has been working hard to make a full recovery and that inspired the team to work even harder.