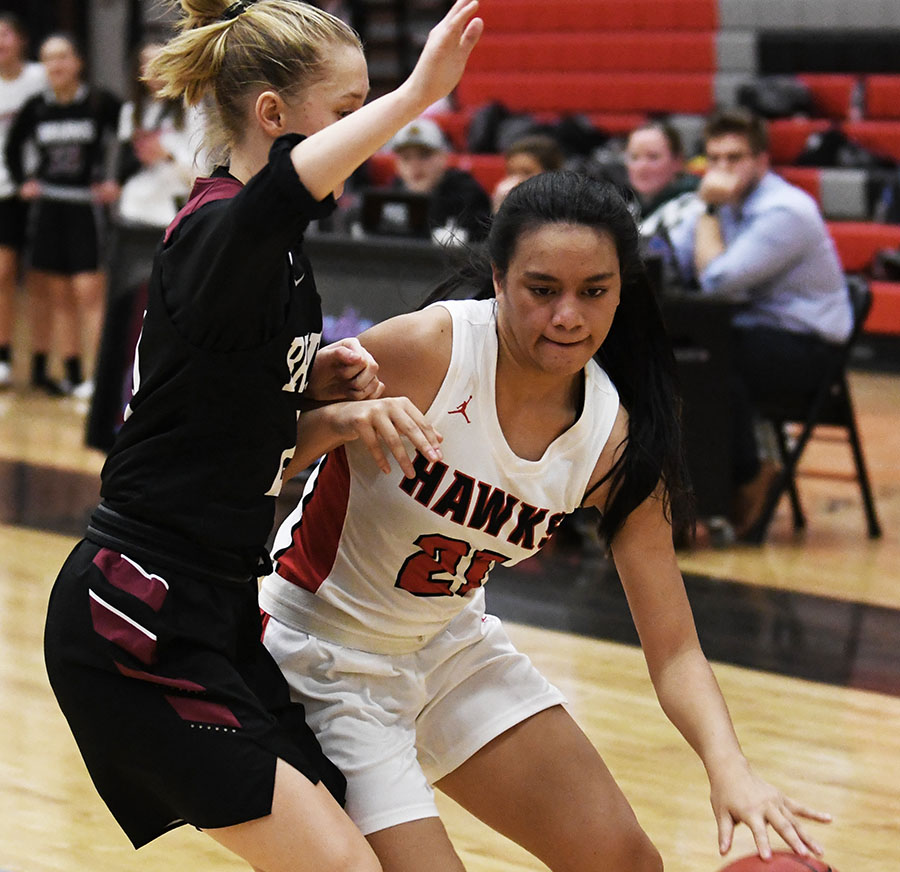 As the weather starts to get warmer, girls basketball season has come to an end after a really good end of their season! The Lady Hawks finished 6-17, and ended up making it to the second round of the state playoffs.
Going into the first came of the state tournament, the Hawks were facing Maple Mountain, region champs and with an overwhelming winning record. But the ladies put up a fight and won an upset game 42-39!
The team is a majority of seniors, with four of the five starters and the sixtho man all being seniors. They finished off the year with an intense senior night, where a huge student section showed up and celebrated every rebound for Marlee Albrecht as she reached 700 career rebound and set an Alta High School record! Marlee ended up as number two for rebounds in 5A and number five in the state!
To make a good team, it requires every member putting forth lots of effort in practices and bringing energy to the games. Junior Janelle Christensen said “The JV players on the bench were able to motivate those playing…even if we were down, we had enough energy on the bench to keep our heads up on the court.”
As for freshman and sophomores, they had to combine teams due to injury late in the season and they worked through it, freshman Marissa Neve said, “We worked really well together, had some great games and it was just a really great season.”