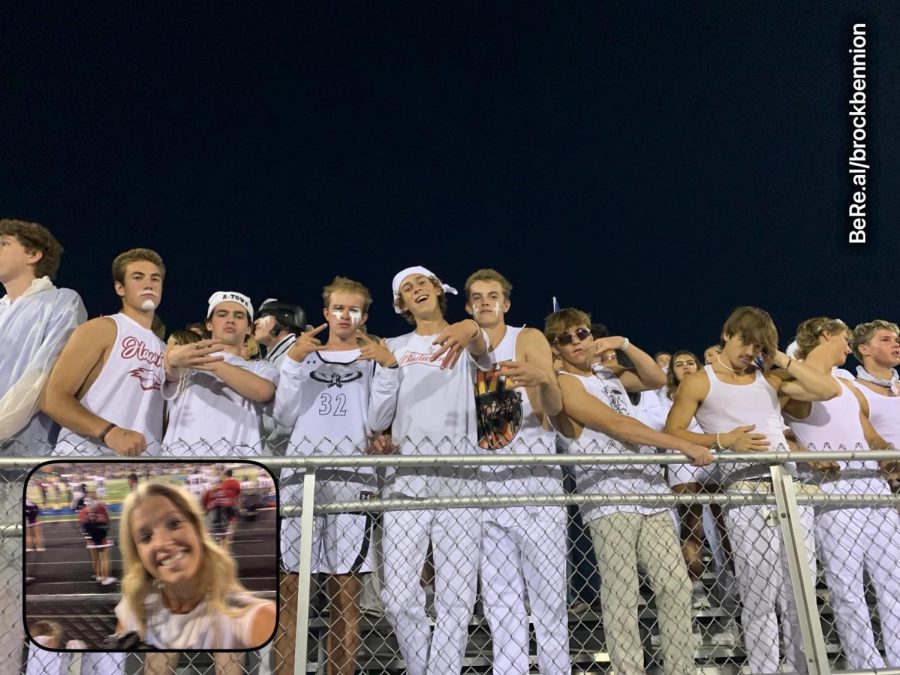 The BeReal App allows students to take photos at spontaneous times during the day.

The BeReal app is increasing in popularity among students. Students taking their daily pictures in class or sporting events.

BeReal sends a notification once a day at a random time and users have 2 minutes to go on and take a picture with front and back cameras on their phone.

Preston Ludlow says, “It is different from other apps. It is more genuine and not fake. I love seeing what my friends are doing everyday.”

BeReal is different from other apps. It is more genuine and not fake. I love seeing what my friends are doing everyday.”

That’s the point of BeReal. Alexis Barreyat, a former GoPro employee, founded the app in 2020. But the app didn’t hit its stride in the U.S. until this year, generating 10 million active users.

Peter Affleck has a different opinion on the app, “I think it is pointless, the concept is really cool but I don’t understand how they make money. I don’t trust the app.”

“The only money BeReal has made is through investments. As of September 2022, BeReal does not require any subscriptions or in-app purchases. They also do not have any in-app advertisements,” according to a Online Optimist article.

Kaia Stewart said, “I love BeReal, it makes my day when I get the notification when I’m out doing something cool.”

It looks like BeReal will continue to grow with a lot of support from people on the app.