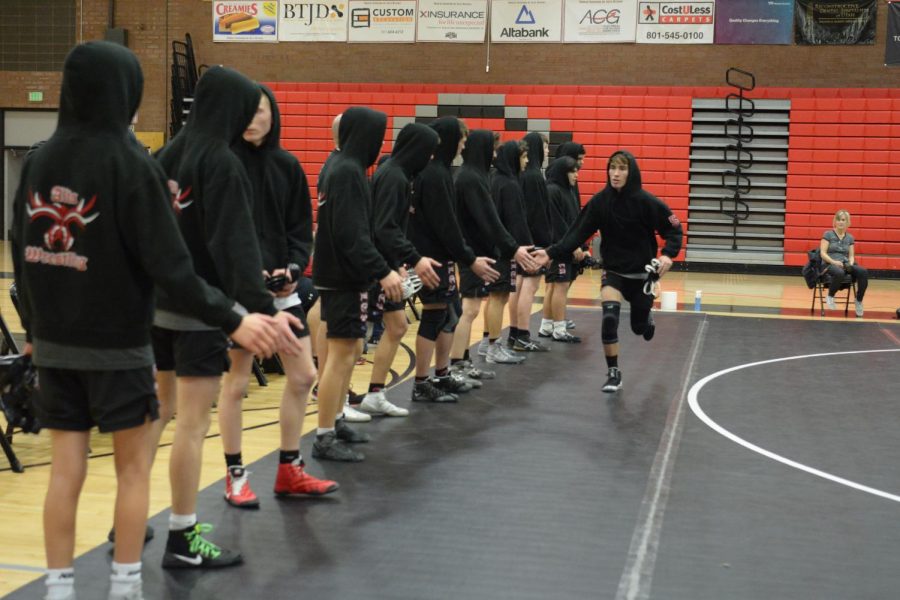 Wrestlers End the Season on a High Note

Wrestling season has finally come to a close and it was a successful one. Overall for the season they finished 2 duels above .500 which is quite successful for a team so young.

“We’ve got a lot of young guys but they’re improving really fast which could help us overachieve”, Coach Harrington opined earlier this season.
As a team, they finished 3rd in region and 6th in divisional. “I’m really proud of what we did in region and divisionals,” Harrington said.
Harrington was practically glowing as he relayed their performance at state. “We placed top ten at state which is awesome, 9th to be specific.”, he said, “I thought everyone wrestled really well.”.
Alta had seven wrestlers who wrestled at state: Jace Beckstead, Jaxon Moe, Harper Thompson, Rhett Renckert, Ian Bushnell, Gabe Barraza, and Jayden Olsen.
“Two guys I expect to be really successful this year are Rhett Renckert and Harper Thompson. Both of them are really good wrestlers,” said Harrington earlier this year, and when asked about it again he confirmed that they both had great seasons. “They were awesome this year.”

Our goal was to take 10 wrestlers to the state meet; we were three short of that, but a 9th place state finish more than makes up for that.”