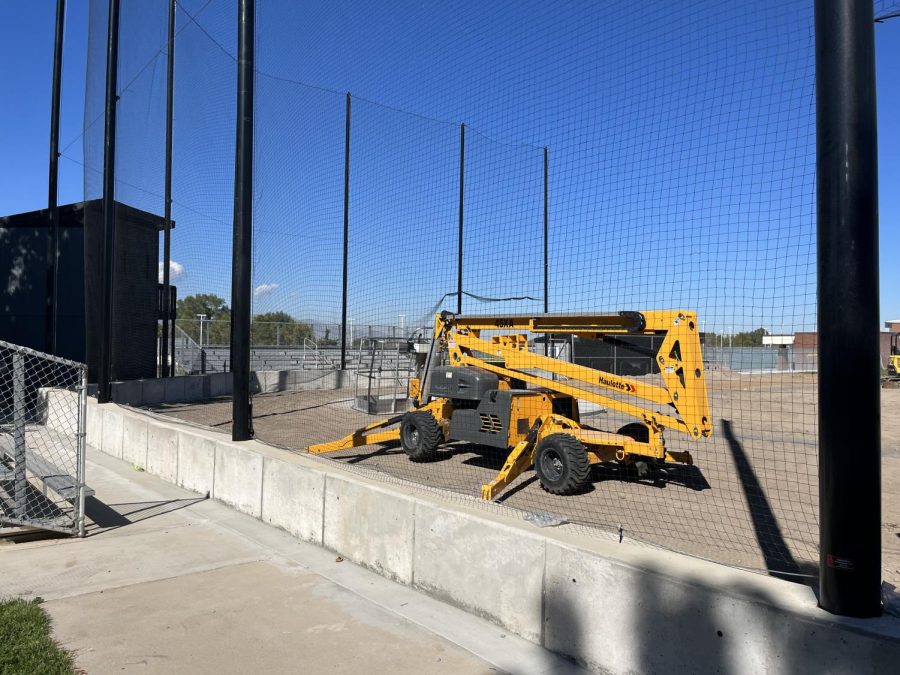 Safety, drainage issues, and improved practice facilities will improve the baseball experience for players and fans.

If you asked anyone on the baseball team how they felt about their field conditions the responses would not be flattering.  “It felt like we were playing in a dog park,” said head baseball coach Daron Connelly. “We did what we could but it was hard dealing with a bad sprinkler system, and uneven playing surfaces. Nothing about it was safe.”

The team also had to deal with things like weather delays, and an everchanging schedule due to the fields outdated drainage systems. “We never knew what to expect whenever it rained,” said senior Tyler Szugye. “We would deal with delays, cancelled games, and even a last second bus ride after we had to play one of our home games on the road.

The fight for a new field has been ongoing. Various safety concerns have been raised about the field in recent years after an incident during the 2021 season in which an Alta High student was struck in the head by a swing from another player and was taken from the field in an ambulance. He suffered a fractured skull and a concussion from the incident. Placement of fencing and gates led to the situation arising in the first place, one of many safety issues that the new renovations will fix.

This has been 40 years in the making. We’re grateful for the district being willing to spend the money and being very receptive to our past complaints, and taking our suggestions into account.”

The various pleas from Alta coaches, parents, and students were finally heard by the district last spring. The district approved a project to update and renovate the baseball and softball fields at Alta High, with a budget just short of 2 million dollars. Construction crews broke ground on June 1st, and they have been hard at work since, with a projected finish date just after Halloween.

“This has been 40 years in the making,” says Coach Connelly, “We’re grateful for the district being willing to spend the money and being very receptive to our past complaints, and taking our suggestions into account.”

The first of the new renovations is adding 2 new batting cages to the previous two, to be shared between baseball and softball. The next set of changes is new netting to both fields, including a large net to help save baseballs from being batted out of play, and into the backyards of Alta’s neighbors. This change will save the team lots of money keeping dozens of baseballs from being lost just hours after being used for the first time, along with saving the neighbors backyards and property from the constant barrage of baseballs every spring. The last and most important change is the new playing surface being added on the field. The new grass and dirt was built up with a strong foundation, with built in drainage. This will drastically cut down on rain outs, cancelled games and practices, and will help the team get out on the dirt earlier each spring, a crucial time for the team to get in stride and be playing their best when the season starts.

Coach Connelly says the team is itching to get out and break in the new dirt, and hopes that it will be done in time for the team to get in a few practices before the weather forces them indoors for the winter. Whether their first time on the new field is in November or March, they are grateful for the new renovations and all the hard work that made it all happen.